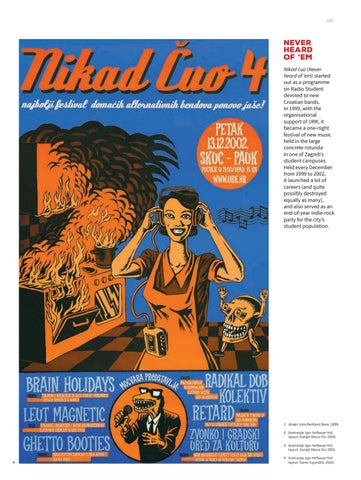 NEVER HEARD OF ‘EM Nikad čuo (Never heard of ‘em) started out as a programme on Radio Student devoted to new Croatian bands. In 1999, with the organisational support of URK, it became a one-night festival of new music held in the large concrete rotunda in one of Zagreb’s student campuses. Held every December from 1999 to 2002, it launched a lot of careers (and quite possibly destroyed equally as many), and also served as an end-of-year indie-rock party for the city’s student population.