Surrogacy in Georgia: How to Get Started? 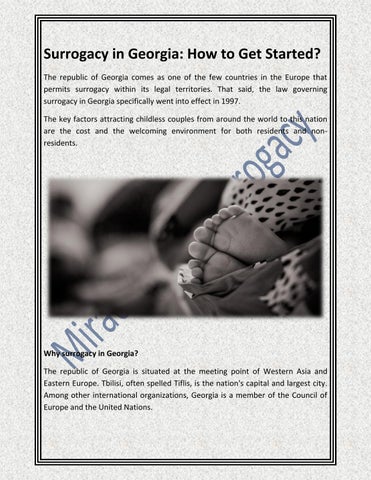 Surrogacy in Georgia: How to Get Started? The republic of Georgia comes as one of the few countries in the Europe that permits surrogacy within its legal territories. That said, the law governing surrogacy in Georgia specifically went into effect in 1997. The key factors attracting childless couples from around the world to this nation are the cost and the welcoming environment for both residents and nonresidents.

Why surrogacy in Georgia? The republic of Georgia is situated at the meeting point of Western Asia and Eastern Europe. Tbilisi, often spelled Tiflis, is the nation&#39;s capital and largest city. Among other international organizations, Georgia is a member of the Council of Europe and the United Nations.

For reasons relating to overly stringent restrictions and/or high expenses, intended parents who seek surrogacy in Georgia currently typically come from Israel, Sweden, the United States, the United Kingdom, Poland, Spain, and Turkey. Georgia is a prospective option for intended parents who are thinking about having a kid via surrogacy overseas, even though it may not be a highly popular destination for surrogacy given that surrogacy has been legal in Georgia since 1997.

What surrogacy laws in Georgia says? Only married heterosexual couples are permitted by Georgian law to become parents through surrogacy. This rule out the idea of gay couples and singles using this procedure to have children. Extracorporeal fertilization is permitted under Georgian law, specifically Article 143 of the law &quot;On Health&quot; as follows:

if a woman lacks a uterus, the couple&#39;s written consent is required in order to relocate and raise an embryo that was created through fertilization into the uterus of another woman (a &quot;surrogate mother&quot;). The Georgian government accepts cases of Müllerian duct anomalies or medical inability to carry a child until birth as reasons as to why a couple may also need a gestational carrier, despite the fact that Article 143, as we have just read, only refers to women without uteruses as potential candidates to have a baby via surrogate. The couple&#39;s written consent is necessary before the treatment at surrogacy clinic in Georgia can begin. The intended parents, on the other hand, will be regarded as the legal parents once this written consent has been signed, and the duties and powers that come with that status will be applied. It should be emphasized that Georgian law allows both altriustic and profitmaking surrogacy partnerships. The surrogacy contract will, however, go into great depth regarding the parties&#39; expectations and pay.

Legal prerequisites In case the couple need either of these alternatives, egg and sperm donation are also permitted, in accordance with Article 144 of the aforementioned act. In reality, the intended parents can be told who the donors are. They can even meet her in person if they so choose. As was already established, after the child is born, the IPs will be considered parents and will have all the rights and obligations that go along with that. The surrogate will in no way be acknowledged as the kid&#39;s legal mother and will not have any parental rights over the child. Other considerations include the following:  After birth, the birth certificate is issued within 24 hours.  Following birth, the names of the IPs will be listed on the child&#39;s birth certificate.  The surrogate is not required to provide permission for the IPs to be listed as the child&#39;s legal parents. These are significant advantages compared to other surrogacy locations because in the majority of them, the surrogate must give up her parental rights in order for the commissioning parents to be recognized as the child&#39;s legal parents. This definitely expedites the process, even though their home nation will demand additional paperwork. Cost of surrogacy in Georgia Regardless of the nation where the preparations are made, it is difficult to estimate the total cost of the procedure, as is typical when we talk about the cost of surrogacy. The actual reason why the total cost varies is because each IP has different needs and conditions. The total cost may change significantly if donor eggs or donor sperm are required, other procedures like preimplantation genetic diagnosis (PGD) are required, if the

IVF transfer cycle is unsuccessful the first time. Besides, it would also include the surrogate mother cost in Georgia. The cost is roughly $4,500 if you are working with a surrogacy agency. That said, it’s important to take into account other charges including those for the surrogate&#39;s preparatory medications, legal fees, meal allowance, and other costs incurred along the process.

Surrogacy in Georgia: How to Get Started?

The republic of Georgia comes as one of the few countries in the Europe that permits surrogacy within its legal territories. That said, the law governing surrogacy in Georgia specifically went into effect in 1997. The key factors attracting childless couples from around the world to this nation are the cost and the welcoming environment for both residents and non-residents. 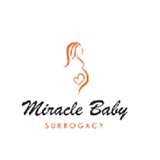