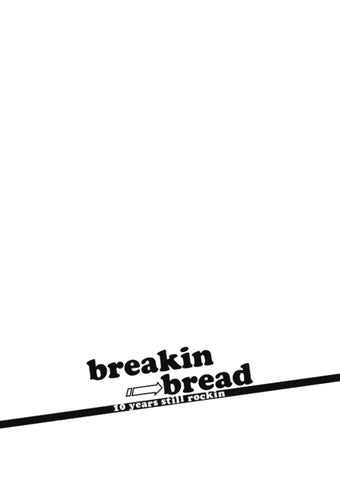 We kicked off Breakin Bread in May 1998 thanks to a mate of mine, Pik, who was promoting clubs for Kiss FM. He didn’t know much about Hip Hop but had seen resurgence of Hip Hop at clubs like Scratch and Funkin Pussy where for the first time, hardcore hip hop heads like me started noticing girls coming to hip hop events. We were used to hip hop nights being sweaty dark affairs in empty clubs with almost 100% of the audience being male. Pik wanted to start a night with breakdancing which was also coming to the fore at the time. The UK B-boy championships had started a few years earlier and was now big enough to be held in Brixton Academy. I linked Pik’s b-boy idea with playing more funk, soul and breaks alongside hip hop. This music was missing at other hip hop nights and I knew from running previous events that b-boys preferred rockin to funk and disco than straight hip hop. An added bonus was that girls were more likely to dance to soul music if they weren’t already hip hop chicks. I called in Rob Life and Tufkut to DJ at our first night. They were both serious record collectors that I’d known for years and had been my guiding lights into the world of soul, funk and disco that gave birth to hip hop.

The first night was at The Brix (now Mass) and we were genuinely surprised with the turn out and the number of people getting off on the music. We invited some B-boys down, commissioned some graffiti wall hangings and finally all elements of hip hop were united in one night with the funk to the fore! After some venue problems we moved to Pacific Bar in Camberwell and then The Plug in Stockwell. This is where it really started taking off and we knew we were onto something when after running the night for less than 6 months we started getting queues round the block. The nights were so successful, we thought maybe people wanted to hear the music that some of our DJâ&#x20AC;&#x2122;s were making themselves . Rob Life and Tufkut had been making their own music since their teens (go and search out the DJ Life/LTK white label they released in 1991) and it seemed right to release some of their new material on Breakin Bread.

st DJâ&#x20AC;&#x2122;s and we started booking Gue Around the same time oy Crews. We were one of the first B-b ays tried most importantly come down and we alw clubs that paid B-boys tocoming crews as well as booking and up is so to book new on a strict rotational bas all the established crews got the chance for a payday. everybody

This gave us a great relationship with all the ed B-boys most of whom endnge up staying in my lou after the night!

We also always had MCâ&#x20AC;&#x2122;s hosting the night. Not hogging the night just letting people know what was going on and adding to the atmosphere. Our first host was TMO and we soon discovered Kashmere at one of our open mic sessions and he took over hosting.

The Plug closed and we moved Northdown in June 2001 venue, underneath to Jax, an amazing made up part of Lon a huge arch which don Bridge Station. I gave up I realised I was far frodoing the flyers as designer. Tufkut too m the worlds best legendary flyers withk over and did a few cha put into some comicsracters he also Then a friend of a frie we produced. nd Amy began doing some flyers.

oved to e Things mlevel at this venu wds, more and the next racted bigger crom of the MC’s as we att oys and the crea ow booming UK more b-b from London’s n e people that and DJ’s cene. Some of th came without hip hop s as punters who an, Jehst, Lewis Skinnym Mike Skinner came thru n, oked were being bo ystro, Mr. Hudso y more. The Parker, M Streets and manr Kope took from The drunken maste ndoubtedly legendaryur host and he u nd a lot over as o me excitement a. added somness to the mix of rando

Some of the nights we held here were just amazing. Pure nights of mayhem! Our best ever New Years Eve party took place in December 03. This oneâ&#x20AC;&#x2122;s particularly hazy but we have great memories of the P Brothers killing it and Kope rolling around on the floor in a pile of beer bottles. Quality!

As a label we were now starting to release artist albums. Both Ghost and Natural Self dropped their debut albums and they sold well and are still selling despite the impact of the digital music age. We also took our artwork up another level at this time. Ghosts album artwork was put together by Will Barras and Darren Groucutt who are well known in the street art scene. Ben Swift was working with Rob Life on his mix CD artwork and Mimic had also taken over our flyer artwork duties and come up with some dope concepts and a fresh look

Unfortunately the UK hip hop scene started to implode on itself as labels and artists realised the market wasnâ&#x20AC;&#x2122;t as big as it seemed. The legendary hip hop emporium Mr. Bongo closed its doors and the scene no longer had a central focal point. At Breakin Bread we were also busy with other things and we didnâ&#x20AC;&#x2122;t have the ideas, time or energy to re-invent ourselves as a night once again. We staggered to 8th birthday some nights making money, some nights losing it.

I thought that might be all over at this point but during the summer of 2006 we got a call from the Jazz CafĂŠ asking us to fill some of their late night sessions. We took the opportunity to keep our nights going and we were forced to make changes as we supported other artists playing live from 7pm and kicked in with our entertainment from 11pm. Luckily this format worked well and we launched a rotating line up of B-boy battles, live hip hop and live soul/funk.

s e hook a was off ththe old school y a d th ir f ir B Our 9th d two legends ohipper Whip. Thes to we hostee and Prince W d rhymes took u le to an has n ab Charlie Cous mix of beatsouldnâ&#x20AC;&#x2122;t have bee us venues. vio re infecti vel that we w p in n le put o another

Now we are London’s longest running soul, funk and hip hop club. When we started nobody else was playing funk alongside hip hop. Now loads of clubs up and down the country are doing it. We’re being flown around Europe most months spreading the vibe and we’re bucking the trend of falling music sales.

To celebrate the 10th birthday we put on an exhibition celebrating 10 years of Breakin Bread artwork and memories with artists, photographers and designers we have worked with in the past and are currently putting together new projects with. Featured artists were: Will Barras, Darren Groucutt, mimic, Sri, Skyhigh, Deft One, Michael Antoniou, Spillage and Ben Swift.

Here’s One I Made Earlier/ The Great Rhythm Caper 7”

She Took My Love/ Swings And Roundabouts 7”

The Get Out EP

THE SPLICE OF LIFE

THE SPLICE OF LIFE BNB014

THE SPLICE OF LIFE

Let Peace Be The Ruler CD/EP

Plug It In CD

You Never Change/ For Dance 7”

You Got What You Wanted/Jellyfish Popcorn 7” 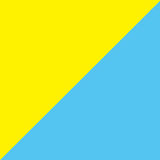 A small zine to celebrate 10 years of the legendary Breakin Bread. Available to buy from BreakinBread.org

A small zine to celebrate 10 years of the legendary Breakin Bread. Available to buy from BreakinBread.org