Reid 1 Michael Reid Prof. Corey Saft Arch 560 21 September 2010 Transparency: Literal and Phenomenal Does transparency in architecture only exist in materials? In 1956 Colin Rowe and Robert Slutzky wrote “Transparency: Literal and Phenomenal”, which examines transparency in modern cubist paintings of the early 1900s as a way to understand evolving spatial ideas in the architecture of the 30s and 40s. This article was ground-breaking in its ability to explain transparency in art as a precedent for a new kind of transparency in architecture. Rowe and Slutzky identify transparency in architecture as more than a mere visual perception of clarity but as a new psychological perception of time and space. “Architectural transparency exists not only through what is perfectly clear but through what is clearly ambiguous” (Slutzky 161). A clearly ambiguous form of transparency conveys meaning in both art and architecture. There exists at least two types of transparency in art: literal and phenomenal. “Literal transparency is the material quality of being see through” (Roest 6). This type of transparency, which can even be recognized by the untrained eye, is associated with modern architecture through its use of glass. Phenomenal Transparency on the other hand looks past what is real or literal and sees a depth that only exists in the psychological perception of time and space. Phenomenal transparency uses the juxtaposition of spatial order to cause the experience of conflict, which in turn the psyche tries to rationalize, causing the interpretation of the art to be ambiguous. The ambiguous nature of phenomenal transparency allows for the piece of art to be interpreted in many different ways, making each viewer’s experience original. The unique experience of each viewer allows for a deep inner meaning to occur. Ambiguous interpretations conveying meaning in art started to appear in Cubist Paintings of the early 20th century. Paul Cezanne’s Mont Sainte Victoire in 1906 has a definite foreground, middleground and background. However, through further contemplation the painting reveals a tipping forward of the objects in space; by the use of contrasting colors, varying sources of light and canvas intersecting the base of the mountain, the background becomes the foreground (Slutzsky, 162). The contemplation of spatial perception in the blending together of the background, middleground and foreground, causes each viewer to interpret the space differently.

Reid 2 Through the ambiguous interpretation of depth, meaning is brought to Paul Cezanne’s Mont Sainte Victoire, giving each viewer their own original interpretation of the art work. Ambiguity in cubism was conveyed with Fernand Leger’s Three Faces in 1926. “In Three Faces three major areas displaying organic forms, abstracted artifacts, and purely geometric shapes are tied together by horizontal banding and common contour” (Slutzky, 165). The three organic forms converge and diverge from one another, causing the eye to wander continuously from one object to the next. It is through this spatial structure that the viewer is unable to decipher which of the three objects is the most important to the painting. The viewer’s constant interpretive struggle creates a deep inner meaning to Leger’s Three Faces. There is not necessarily one correct way of looking at a cubist painting; it is through this ambiguous interpretation that meaning can be obtained. Advances in modern cubist paintings led to similar advances in the ambiguity of architecture. However, the two mediums differ in the way they can convey phenomenal transparency; “Painting can only imply the third dimension, architecture cannot suppress it (Slutzky 166).” Architecture attempts to suppress the third dimension, making the spatial perception clearly ambiguous. Initially the idea of transparency was conceived in architecture merely through the use of a glass façade. Both Le Corbusier’s Villa at Garches and Walter Groupius’s Bauhaus at Dessau utilize cantilevers with glazing facades that round the corner of each building (Slutsky 167). However, the transparency used in each is dissimilar; at Bauhaus the “glass plane stiffens”, while at Garches the “glazing hangs loosely from the fascia” (Slutsky). By hanging the glass Corbu creates the illusion that the framing of the windows passes beyond the window façade, but at Bauhaus one is never unaware that the glass presses up on the slab (Slutsky). This contemplation of spatial depth of the glazing in relation to the wall of the Villa at Garches shows how architecture juxtaposes forms to bring ambiguity into structure. The design for the Palace of the League of Nations by Le Corbusier created a design that would have eluded the eye in many different ways. These ways include Corbu’s use of trees to carry the eye of the observer. He then hides the entry and makes the palace appear as a flat elevation. However, as one gets closer they start to realize that the building has depth. “By a series of positive and negative implications, the whole area becomes a sort of monumental debate, an argument between a real and deep space and an ideal and shallow one (Slutsky 174).” From the attempt to suppress the third dimension, observers begin to form ambiguous interpretations of the Palace. Through this contemplation of what is real and what is deep space one begins to form different

Reid 3 opinions. The clearly ambiguous nature of the Palace at the League of Nations is represented through the occasional suppression of the third dimension. This occasional suppression captivates the viewer and causes one to investigate how the building is laid out. Meaning in art and architecture is conveyed through the use of the ambiguous transparency. Juxtaposing forms in both of these mediums allow for phenomenal transparency through the rationalization of the spatial perception of time and space, causing ambiguous interpretations to occur. These varying interpretations allow for the experience of space to be unique to each viewer. There is not necessarily one right or wrong way to have this experience. Both literal and phenomenal transparency have positive and negative attributes. Literal transparency in architecture is very direct and can be seen even by the common man. However, phenomenal transparency is abstract and hard to comprehend, but brings deep inner meaning to the uniqueness of the architecture. By combining these two forms of transparency each versionâ&#x20AC;&#x2122;s strengths will compliment the others weaknesses, ushering in a new form of architecture where understanding is experienced by each viewer in a simple yet meaningful way. 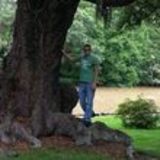 Architectural Theory at the University of Louisiana ARCH 540

Architectural Theory at the University of Louisiana ARCH 540