Follow the footsteps of Monet There are about 60 islands on the river Seine in Île-de-France, which literally means the "Island of France" and designates the Chantemesle Island area around Paris. Some are Paris inhabited, some not. The island of Chantemesle, 30 miles northwest ATLANTIC FRANCE OCEAN of Paris, is a small paradise with two charming villas built in the local style. The Impressionists were attracted by the landscape here as well as the quality of light. Claude Monet lived in nearby Vétheuil and completed several important paintings there – of the banks of the Seine as well as the water lilies in his garden at Giverny, a few miles away. Other marvels around Chantemesle are the troglodyte settlements of Haute-Isle, the 12th century church of Vétheuil G R E AT B R I TA I N

and the château at La Roche-Guyon, which has been classified as one of the 20 most beautiful villages of France. Rates: From EUR 5,500 to EUR 8,500 per week for up to 12 people. Chef and housekeeping staff are available on request. Activities: Tennis court, swimming pool, 2 small motorboats, 8 golf courses within 30 minutes drive, horseriding, hang-gliding and watersports. Day trips: A must is the Claude Monet Foundation (April 1-Oct 31) and gardens at Giverny. Other places to visit: Vétheuil; La Roche-Guyon (village and castle); Amble Villier; the market at Vernon; Magny-en-Vexin. Shopping and sightseeing in downtown Paris is only 45 minutes by car. 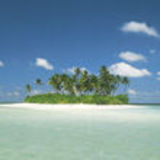