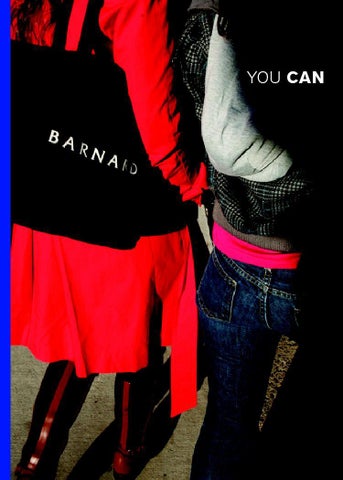 With a liberal arts education, learn courageously and think for yourself.

at this college for women, Grow in confidence and shape a life that matters.

Exploring ideas from a range of times, places, and people, students find that Barnard’s liberal arts education challenges them to become intrepid learners. They’re inspired by professors who are passionate about teaching and eager to involve students in their research. Barnard’s partnership with Columbia University multiplies the opportunities with additional courses, libraries, lectures, and NCAA Division I sports—all across the street from campus.

“I loved my Political Theory course. The way my professor taught it, he was incredibly passionate and inspiring. The texts came to life in a dynamic way. Until I took that course, I had no idea that I wanted to major in political science.” Ilana Arje, junior, political science and education double major, Toronto, Canada

“In my First-Year Seminar, I got to be a playwright in Athens, a Confucian scholar in 16th-century China, and the Reverend John Cotton in the Massachusetts Bay Colony. I’ve never prepared as much for a class discussion or had as much fun writing papers.” eva peskin, senior, comparAtive literature and music double major, roswell, georgia

“Every day in my seminars, I am blown away by my intelligent and articulate classmates who are not afraid to think for themselves and voice their views, whether on the subject matter at hand or the world at large.” Melika Edquist, junior, urban studies major, comparative literature and French minors, Greenfield, Wisconsin

“Personal interactions are usually more frequent between students and faculty mentors at Barnard than at other research-intensive colleges and universities. This allows students to truly observe, in real time, the growth of ideas and design, and execute experiments to test and explore those ideas.” Russell Romeo, assistant professor of psychology and neuroscience and behavior; director of laboratory of developmental psychobiology

As a vast classroom, lab, playground, and workplace, New York City, a vital part of the Barnard experience, offers unlimited opportunities. In its museums and neighborhoods, students see classroom concepts come to life. They gain experience as interns on Wall Street, on Broadway, and hundreds of places in between. They learn about humanity through wide-ranging service. And from Morningside Heights to the Lower East Side, they explore some of the world’s best and most interesting food, theater, and music.

“Morningside Heights really feels like a college town right in the center of Manhattan. I love walking around and seeing familiar faces. My favorite thing on weekends is to go with my friends to Nussbaum and Wu for New York City–style bagels (the best kind there are).” Mollie Fox, junior, ancient studies and political science double major, dance minor, Rockville, Maryland

“Right now I have two internships: one in the Egyptian department at the Metropolitan Museum of Art and the other in the archaeology department at the New York City Landmarks Preservation Commission, where my boss is a Barnard alumna.” Jen Thum, senior, archaeology major, Brooklyn, New York

“My art history class has discussions every week at the Metropolitan Museum of Art. We learn about the brushwork of Monet and Picasso—while looking at the original paintings. This city is a cultural metropolis.” Saranya Purushothaman, senior, neuroscience and art history double major, Scarsdale, New York

“In New York City, students have access to incredible resources, internships, and jobs. In my course on policy making, one student interned with the attorney general’s office, another with a criminal justice institution. Their experiences brought a deeper level of energy and insight to the discussion that wouldn’t have happened if we weren’t in New York City.” Kim Johnson, Assistant Professor of Political Science and Urban Studies

“I saw Sweeney Todd on Broadway and e-mailed the director to tell him how much I appreciated it. We ended up meeting for coffee and talking about my own aspirations as a director.” Hannah Kass, senior, theatre and English double major, Richboro, Pennsylvania

“I’m in class with women from all over the country and the world. Barnard students are modest, but after I get to know someone, I find out this incredible and outrageous life story. The women here think for themselves and have had terrific experiences to develop their opinions. We disagree sometimes but enjoy challenging each other in conversation.” Kiana Jannesari, senior, psychology and French double major, Voorheesville, New York

“To be a Barnard woman is to become the woman you want to be—creative, individual, open to new experiences and learning from others and yourself. I became a writer at Barnard, in what I wrote and how I saw things. If it wasn’t for Barnard, I would have never written my first book.” Lily Koppel ’03, freelancer for the New York Times; author of The Red Leather Diary: Reclaiming a Life Through the Pages of a Lost Journal

“Located in the middle of the cultural and commercial capital of the world, a place with more opportunity for women than any other city can offer, Barnard positions its students to fulfill virtually any aspiration they might have.” Rosalind Rosenberg, Ann Whitney Olin Professor of History and Professor of Barnard Leadership Initiative’s Women and Leadership Seminar

A powerful sisterhood bonds the 2,360 Barnard students who come here from 48 states and 40 countries. They live and learn in an environment where the interests and ambitions of women always come first. Alumnae and faculty, close to two-thirds of whom are women, serve as models of success—and offer the advice and networking that show students anything is possible.

“I have to credit Barnard with the person I’ve become—a strong, independent leader. It’s a wonderful place for women to develop leadership. Because you find so many models of successful women here, you believe in yourself and learn that you can achieve anything you choose.” Amreen Vora, senior, women and gender studies major, Albany, New York

“To be part of an institution that has contributed to the work and ideas of so many extraordinary women—Zora Neale Hurston, Margaret Mead, Natalie Angier, Judith Kaye, Mary Gordon—it’s the job of a lifetime.” Jennie Kassanoff, associate professor of English and director of American Studies

“I cannot imagine how my life would have turned out without my Barnard education—and without the financial aid the college gave me so I could attend in the first place. Barnard taught me to imagine the possibilities . . . and then go for ’em! When hiring, I shamelessly favor Barnard women. I think I have hired at least 10.” Cyndi Stivers ’78, managing editor, EW.com (Entertainment Weekly’s Website)

Barnard is located in Morningside Heights, on the Upper West Side of Manhattan. This educational mecca has a higher concentration of academic and cultural institutions than nearly anywhere else in the world—and students take full advantage by going to classes, lectures, and events at nearby colleges. The neighborhood is home to Columbia University, The Jewish Theological Seminary, Union Theological Seminary, Manhattan School of Music, Teachers College, and the Bank Street College of Education. Beyond Barnard’s leafy, green campus, students enjoy the area’s many cafés, ethnic restaurants, movie theaters, bookstores, and open-air fruit and vegetable markets. And they become an integral part of the small-town feel of the neighborhood, where the men and women who live, work, and teach become familiar faces.

Barnard’s 7:1 student-faculty ratio puts it in the top 1 percent of colleges nationwide—and ensures engaging learning in and out of the classroom.

Barnard’s neighborhood, Morningside Heights, is a university town and academic home to 32,800 students from around the world.

The partnership between Barnard and Columbia University allows students to register for classes, use libraries, get involved with organizations, and attend events on both campuses.

Barnard students have access to more than 2,500 internships; about a third of them are paid.

Barnard students participate in NCAA Division I Ivy League athletics through the Barnard/ Columbia Athletic Consortium. Varsity teams compete in archery, basketball, cross-country, fencing, field hockey, golf, indoor and outdoor track and field, lacrosse, rowing, soccer, softball, swimming and diving, tennis, and volleyball. The newest building on campus, the 70,000-square-foot Nexus will serve as a center for student life and learning when completed in 2010. It will include a green roof and other sustainable features.

New York City has three times as many corporate headquarters as any other U.S. city—plus more government agencies and offices. Barnard students work at many of them as interns. Discount tickets are available right on campus to many of the city’s 38 Broadway theaters and other attractions. With more than 578 miles of waterfront, 1,500 parks, and nearly 100 miles of bike trails, New York City has a surprising amount of recreational space. The neighborhood around Barnard is ranked as one of the safest in Manhattan by the NYPD.

Women compose about 64 percent of Barnard’s fulltime faculty—compared to 38 percent nationally. For the last several years, Barnard has ranked first or second in the number of applications from women among all selective liberal arts colleges, whether coed or women’s colleges. Leaders in virtually every field, Barnard alumnae include choreographer Twyla Tharp ’63, actress Cynthia Nixon ’88, physician and internationally known HIV/AIDS expert Helen Gayle ’76, and journalist and novelist Anna Quindlen ’74.

Barnard is need blind in the admission process and awards financial aid based on demonstrated need. Contact

Office of Admissions Barnard College 3009 Broadway New York, NY 10027-6598 212/854-2014 admissions@barnard.edu In accordance with its own values and with federal, state, and city statutes and regulations, Barnard does not discriminate in admissions, employment, programs, or services on the basis of race, color, creed, national origin, sexual orientation, or disability.

To minimize our environmental impact, this booklet was printed with soy ink using 100% wind power and waterless printing at a carbon-neutral facility and is printed on FSC-certified paper that contributes to responsible forestry and contains a minimum of 20% post-consumer recycled fiber manufactured with electricity in the form of renewable energy. NCSDO B07343 1/09 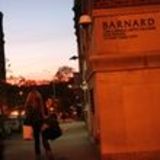