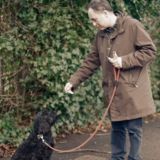 Michael Wolkind QC has been a criminal trial and defence barrister for over 40 years. His proven track record of success, combined with his quick wit and talent for courtroom innovation has made him one of the most sought after defence barristers in the UK. Michael's expertise has been featured in publications such as the New York Times and Vice Magazine, and he has appeared in numerous televised programs breaking down weak prosecutions. When he's not working on a case, Michael enjoys taking long walks with his dog, Milo. Once afraid of dogs, Michael's children introduced him to the love of the creature and he has since developed a great appreciation for their companionship and gentleness.