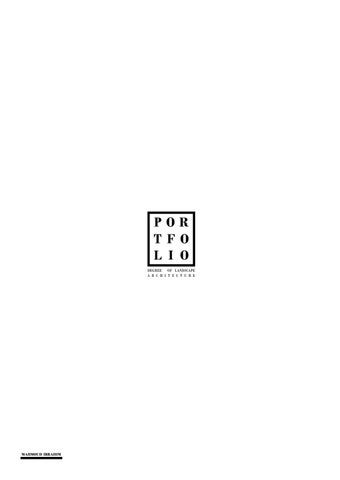 E-gate is a city that will embody the issues of climate comfort and as importantly, people living with Dementia to create a simultaneous experience of wellbeing and urban living. Melbourne has drastically increased in its hospital admissions during high peak temperatures. A large number of the admissions were associated with illnesses and symptoms found with Dementia. Therefore the user of E-Gate is to be addressed with high attention and care as to how we can begin to address these peak temperatures in our everyday experiences. It is unfortunate to add that people living with dementia not only are sensitive to such climatic conditions but also socially challenged. Due to their high reliability on others, they socially become excluded and most likely, as an outcome, get sent away to live in home-care centre. The exclusion can vary in its reasons, but a main aspect is due to the poor performance behind designing urban environments. The sense of being overwhelmed can be a daily factor of their lives. One particular overwhelming experience this city chooses to explore is the single trip. The morphology of an urban landscape or even a mini block can be so overwhelming that a person living with dementia is more likely decide travel on a single trip. Study shows that 75% of people living with dementia would travel only to one single destination and back. A more refined study highlighted different types of the destinations they experience with different levels of frequencies. A rather bazar finding was that walking around “nowhere’ in particular” was among most frequent destinations but more shockingly, parks was one of the least considered destinations. People living with dementia are choosing to walk about in urban environments over greenery scenes. Reasons that address this matter are mostly due to navigational support. The strict grid system and building envelopes can be of great support for a person living with dementia. On the other hand, parks can also be of great support, but instead, to their health and wellbeing. Hospital studies have shown how green sceneries can have a great beneficial impact on the health and wellbeing of their patients. Not only green is great for the wellbeing of people, but also on the subject of Urban Heat Island Effect. Cities can be 1-3 °C warmer than a surrounding superb. The number might be small, but on a hot summer day in Melbourne were temperature can reach 43°C for sometimes 6 straight days, 3 °Cover can be intolerable for anyone. Green roofs and maximizing canopy cover can reduce the amount of surface heat conduction by 84%. It’s not only considered beneficial for climate but also for the economy. Green Vegetation can raise a household’s price; attract investors and also tourists to an area. How is it therefore, possible to use the navigational advantages of a city where discontinuity occurs dramatically, while embodying a simultaneous experience of also a dramatic continuity of the park, where neither side is sacrificed for another and instead, both work together in a respectable manner. To simply put this, looking at today’s existing conditions of a city where land blocks are occupied by volumes, it is then the action of implementing the continuity of the park takes place by slightly manipulating key volumes through key principles of pushing, subtracting, perforating, and leaning. While also addressing the climate conditions of the site through extensive planting within the thresholds created to not, specifically, resolve any climatic negative conditions, but merely framing it as a negative condition,. The plants therefore are used to redirect people’s movement and potentially their behaviour throughout the site. For example, using Pencil Pine trees, which are narrow in their form that point up like a needle, for instead more radiation exposed areas, and large Spotted Gum Trees, in contrary, for less radiation exposed areas. Therefore, on a hot summer day, people are potentially attracted by the large shady trees, located in the neighbouring cooler area. Through the strategy of planting to divert human behaviour to cooler areas, the strategy of city for its navigational discontinuity, and the strategy of continuous green sceneries, the city of E-Gate can hopefully overcome its fears with the use of vegetation and introduce a simple but efficient strategy of planting for future cities, but lastly and most importantly overcome the fears of an overwhelming continuous park for people living with dementia.

In terms of the climate, we strongly hold the opinion that we are not to design to solve climate issues but merely address it and more importantly to raise awareness. The plants therefore are used to redirect people’s movement and potentially their behavior throughout the site. In hotter areas, less shady trees were placed and in cooler areas more shady trees were placed. The aim of the strategy is to motivate people to visit the cooler areas when they are seaking shade on a hot summer day. For example, the project situated Pencil Pine trees in hotter areas and large Spotted Gum Trees in the cooler areas.

PRINCIPLES OF NAVIGATION ONE DESTINATION

​ Description: Alumni Courtyard is located at the RMIT city campus. It’s a small outdoor space with timber decking, synthetic grass, and concrete seating. The purpose of the project was to educate a deeper understanding of how an outdoor space is constructed and how it could further be added upon. The project involved various technical studies of the site and engages with conducting measurements, defining materiality, and understanding the construction of various elements of the site.. The final piece was a 1:1 concrete model to be temporarily implemented on site. The piece was inspired by a concrete seating on site and is therefore to extend on the seating aspect it offers. The final 1:1 model was suppose to be only a fragment of a somewhat 5 meter long concrete seat. An important element of the piece is that it offers a pocket-like structure beneath, due to the site’s condition being extremely exposed to rain and wind, the pocket therefore serves as a vacancy for any valuables subjected to bad weather conditions.

PRODUCED BY AN AUTODESK ED 195mm

PRODUCED BY AN AUTODESK EDUCATI

PRODUCED BY AN A

ED BY AN AUTODESK EDUCATIONAL PRODUCT

PRODUCED BY AN AUTODESK EDU

CED BY AN AUTODESK EDUCATIONAL PRODUCT

UCED BY AN AUTODESK EDUCATIONAL PRODUCT

​ Description: Footscray Hospital Courtyard was an unusual outdoor space for a hospital. It was located at the center of the building and felt completely displaced, meaning the courtyard wasn’t meant to serve the function it did. A similar example that clarifies the concept of displacement is a case study called Pig City by MVRDV where they designed a vertical pig farm which was a residential building with residential apartments floors that instead hosted pigs rather than humans.  To further celebrate on that atmospheric quality of the courtyard, A Forest for Footscray was proposed.  ​ A Forest for Footscray proposes an implementation and representation of  a fragment of a forest that begins to suggest to the observer that a much larger forest lies beyond the walls. Therefore the space becomes a public art piece that is in hope to encourage an increase of vegetation in Footscray.

Displacement Concept: Pig City by MVRDV The Precedent was about implementing a vertical pig farm in Rotterdam, Netherlands. ​ ​ ​

â&#x20AC;&#x2039; Footscray Hospital Courtyard The courtyard will represent a fragment of a larger envisioned forest of Footscray.

â&#x20AC;&#x2039; Description: The Fabric Pavilion is a constructed model that is to incorperate an innovative take on the usage of materials. This particular project utlizies the advantages behind glass and fabric that then are intertwined in order to produce a small scaled pavilion. 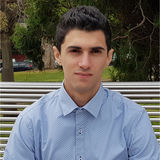