GODSPEED, WOLVERINE I did not know Dane Westby personally but for some reason I am pretty overwhelmed by his passing. Perhaps it’s because he seemed like such a nice, personable, “real” guy out there on the professional road racing scene and people as full of life as he was, cannot easily be envisioned as being well, not alive.

Just 28 years old, Dane was killed while riding a motorcycle but ironically it was not on the track. Rather, he had just finished having dinner with his parents in Tulsa, Oklahoma and was riding home. For some bizarre reason which has to date gone unanswered, his bike jumped a curb and hit a concrete wall and a utility pole. Though he initially was alive, he died at a Tulsa hospital shortly thereafter. Police gave no details on what caused the crash. Maybe that’s one of the reasons his death is haunting me. It just makes no sense whatsoever. Google any video of Dane racing and you will immediately notice his high level of riding expertise. The kid won his first motorcycle race at the age of seven and had been a rising star on the American Motorcyclist Association (AMA) Pro Racing circuit for a few years now. Thanks to his pronounced sideburns, he was known as “The Wolverine,” on track but his sister Scarlett is quoted as saying “He had a lot of fun with that because he had the sideburns, but really it was like he was as fierce as a Wolverine out there on the asphalt.” Dane finished the 2014 season with a third place finish at a September race right here in New Jersey. He was set to contend the 2015 MotoAmerica Superstock 1000 Championship aboard his #00 Yamalube/Westby Racing YZF-R1, but sadly that will not happen now.

derstanding how he died in a crash with a utility pole in midtown almost impossible.” Police are still investigating Dane’s crash but say he was wearing a helmet. His family has been out to the crash scene several times and say they’re certain he crashed trying to avoid something in his way.

His mom Jane had this to say, “I’m filled with joy because I was his mother. He taught me how to live a good life. He always wanted to have a great adventure. Every day. Every minute. He had his helmet on with the chicken in the top hat on it, and I petted it and he gave me a hug and said I’m coming by later. Oh yes, I got the ‘I love you,’ so it was really a wonderful gift.” This writer may not have known Dane personally but someone who did is the Press Officer for Yamalube/Westby Racing, and Yamaha Motor Corporation, U.S.A.– Sean Bice. In explaining the beautiful Robert Frost poem that appears on Dane’s website, Sean had this to say, “I’ll tell you how that came about. First of all, my wife is an 8th grade language arts teacher, and one of her favorite things that she teaches is the book and movie, ‘The Outsiders.’ When I was with Dane and the team at the test in COTA a few weeks back, I was pretty taken with the new R1, in its gold livery. So, I had posted a photo of the bike on The Wolverine Facebook Page, and captioned it ‘Stay gold, Ponyboy. Stay gold.’ Well, then the whole tragedy struck, and the thought about the poem ‘Nothing Gold Can Stay’ popped into my head. Also, since Dane was from Tulsa, which was the setting for “The Outsiders,” and the Robert Frost poem was so integral to the book and movie, well, it made perfect sense to use it as a Memoriam to Dane.”

Call it morbid, but at times like this I cannot help but think of what Dane’s loved ones are going through. Being a dad I cannot imagine the heartbreak of losing Dane loved animals so should you like to make a contribution in his memory, the family suggests • Tulsa Animal Welfare, 3031 N. Erie Ave., Tulsa, OK 74115 (Please a child. Oklahoma’s own News-On-6 was able to capture some quotes from his designate the Foster Program) • Amore Pit Bull Rescue, donations online at: amorepitbullresparents and they show a surprising and inspiring perspective. Dane’s dad Tryg cue.com • P.A.L. (Pet Adoption League), P.O. Box 700934, Tulsa OK 74170 or online at petwas also a professional road racer in his day which is clearly adopt.org • GHART – Going Home Animal Rescue and Transport, Dane Westby 1987-2015 where Dane got his inspiration from. 2746 S. Hudson, Tulsa, OK 74114 Also, an organization that Dane supported through his racing endeavors was The NaIn Tryg’s words, “He thought I made him, but he really made tional Down Syndrome Society and contributions could me, is how I feel about it. He made me cool. I was just dad, be made to them at ndss.org. Please tag any contributions I was the old guy; he was the guy. I’ll never forget him. Like ‘In honor of Dane Westby.’ Steve McQueen, Dane was cool without even trying. There’s I’ll end now with that ironic and iconic poem: nobody like him. It’ll take forever for me to get over this. He Nothing Gold Can Stay was going to the top and it was because of his mom. He got Nature’s first green is gold, his riding ability from me, but his will to win from his mom. Her hardest hue to hold. I thought to myself, I guess he had to die cause God needed Her early leaf’s a flower; someone to show him how to do the Keyhole in Mid-Ohio or But only so an hour. Turn Five at Barber - maybe that’s why.” Then leaf subsides to leaf. Echoing my earlier confusion of how such a talented rider So Eden sank to grief, can get mysteriously taken out on a public roadway, his sister So dawn goes down to day. added, “On city streets Dane was cautious, which makes unNothing gold can stay. -Robert Frost 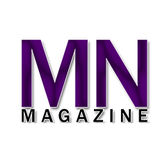