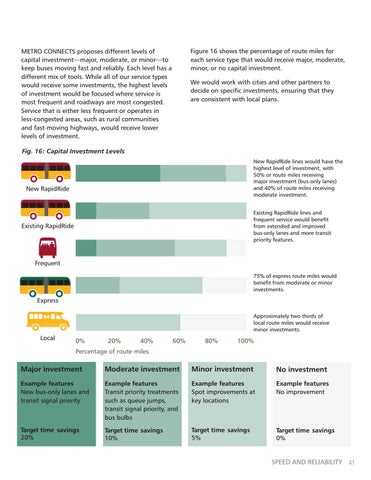 Figure 16 shows the percentage of route miles for each service type that would receive major, moderate, minor, or no capital investment.

METRO CONNECTS proposes different levels of capital investmentâ&#x20AC;&#x201D;major, moderate, or minorâ&#x20AC;&#x201D;to keep buses moving fast and reliably. Each level has a different mix of tools. While all of our service types would receive some investments, the highest levels of investment would be focused where service is most frequent and roadways are most congested. Service that is either less frequent or operates in less-congested areas, such as rural communities and fast-moving highways, would receive lower levels of investment.

We would work with cities and other partners to decide on specific investments, ensuring that they are consistent with local plans.

Frequent 75% of express route miles would benefit from moderate or minor investments.