from Business Connection
by Newspaper 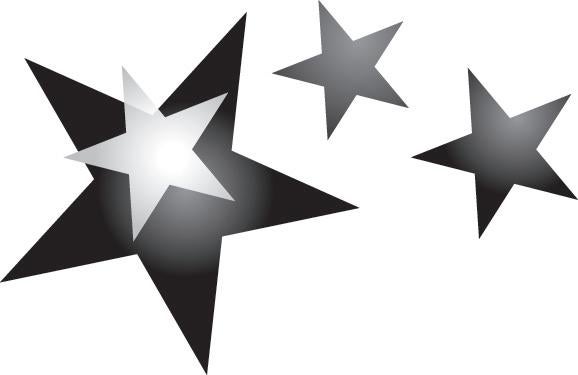 “Positive mind, positive day.” For Sarah Adams, that is not just a random quote, it truly is her mindset.

As human resources director for Prestage Foods of Iowa, she brings that positive mentality with her to work daily. “Each day, no matter what happened the day before, is a new day to start over,” Sarah said. “You are who you want to be.”

A lifelong Greater Fort Dodge resident, Sarah joined family-owned Prestage Foods in 2018 while its pork processing facility was under construction. Her initial role with the company was human resource and benefit manager, and she was a valuable part of the team responsible for the startup and staffing of the facility as it opened its doors in March of 2019. Earlier this year, Sarah advanced into the role of human resources director and now leads a department of nine HR professionals for the Eagle Grove facility that employs about 850 people. Helping Prestage Foods reach its goals while helping its employees reach their potential is just one aspect of her HR director role that she finds gratifying.

“I love the opportunity for our department to change lives,” Sarah said about the work of her team. “We are the liaisons between our employees and our company to make sure both sides have the ability to be successful together.”

Sarah also loves that she and her coworkers at Prestage Foods are feeding the world.

Connecting with Sarah: A mother of four, Sarah and her active family love the outdoors. She makes health and well-being a priority and has been on a wellness journey over the last few years that has included eating better, regular gym workouts, cycling and running, quitting smoking, and nurturing a positive mindset. Sarah’s next health and wellness challenge? She is running a half marathon later this month.

The 725,000 square foot Prestage Foods of Iowa processing facility, home to the most advanced manufacturing technology available, processes almost 14 million pounds of safe, consistent, and flavorful pork each week. From pork loins, shoulders, hams, and ribs to miscellaneous pork parts and offal, Prestage Foods is helping feed people not only in the United States, but all over the world in places like China, Japan, Canada, and Mexico. Approximately 15 percent of the total pork processed by Prestage Foods is exported with Mexico currently being its largest export market.

From a domestic sales perspective, the pork produced by Prestage Foods of Iowa is sold to retailers and distributors as well as further processors who make products like bacon, deli ham, and sausage.

While Prestage Foods of Iowa was only established a couple of years ago, the Prestage family has been in the livestock business in Iowa for nearly 18 years. Prestage Farms owns and operates farms in the region and contracts with local farmers to raise hogs. Hogs from these farms as well as hogs from independent pork producers supply the Prestage Foods plant.

In addition to bringing new marketing opportunities to local pork producers, Prestage Foods of Iowa has forged partnerships with a variety of other local businesses and agencies. A few examples include Ennis Trucking of Clarion for trucking and spotting service at the plant, Decker Logistics of Fort Dodge for trucking, as well as Iowa Central Community College for new employee training as well as management training. These on-going partnerships are in addition to the many Iowa-based businesses and farm families who provide goods and services to support Prestage Farms in its live production of the hogs that are supplied to the plant.

By supporting local activities and programs, Prestage Foods of Iowa connects with its community and enhances the way of life of its employees and neighbors. Some of Prestage’s local sponsorships include support of the Wright County Fair, Vincent Fire Department, Unity Point, Rib Ruckus which benefits projects in the Fort Dodge area, Bikes for Tykes, and various school programs.

You can learn more about Prestage Foods of Iowa and its Wright County plant on its website: prestagefoodsofiowa.com or via Facebook: fb.com/ prestagefarms or LinkedIn: linkedin.com/company/prestage-foods-of-iowa.

“Giving Back to Community” Prestage Foods of Iowa is proud to make positive impacts in its local community by supporting a variety of events and programs. Sponsoring the annual Wright County Fair, and taking part in its kick-off parade, is one of many local events that Prestage Foods supports.

This story is from:
Business Connection
by Newspaper