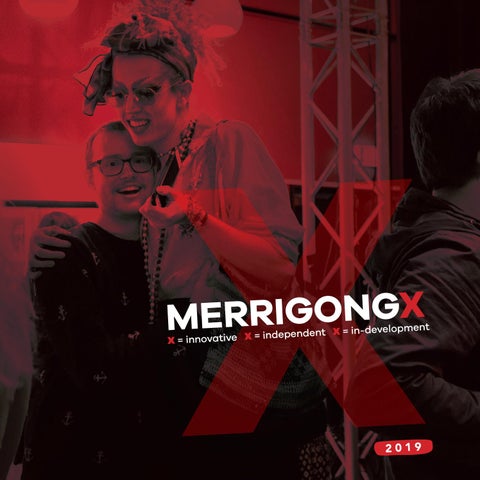 Party Girl By Lucy Heffernan You’d be surprised how hard it is to be a good fairy.

Party Girl is a new Australian monologue about a young woman who works as a party fairy. When her life steadily implodes around her, Party Girl asks the question; how can you be a fairy and have no faith?

Both hilarious and disturbing, Party Girl is an exploration of a flawed female with desires that pull her in opposite directions, leading to destruction and chaos.

It’s an unprecedented season of theatre, dance, writing, music and circus, as MERRIGONGX provides funding and support for independent artists looking to confront, question, query and break the norm. Most events are supported by a facilitated artist talk, to expand discussion around the artists’ work and practice. For more information visit merrigong.com.au/merrigongx

The Believers Are But Brothers

By Javaad Alipoor (UK). Supported by the British Council

An electronic maze of fantasists, meme culture, 4chan, the alt-right and ISIS. In a time where old orders are collapsing: from the postcolonial nation states of the Middle East, to the EU and the American election, tech savvy and extremist groups rip up political certainties.

An apocalyptically atypical new musical based on the novel by Terry Pratchett &amp; Neil Gaiman. According to The Nice and Accurate Prophecies of Agnes Nutter, Witch (the worldâ&amp;#x20AC;&amp;#x2122;s only completely accurate book of prophecies, written in 1655), the world will end on a Saturday. Next Saturday, in fact. Just before dinner. The armies of good and evil are amassing, Atlantis is rising, fish are falling, and everything appears to be going according to Divine Plan. A fussy angel and a fast-living demon are not looking forward to the impending rapture. They team up to circumvent the end of days but there is one problem. Someone seems to have misplaced the Anti-Christ.

This multimedia, Fringe First award-winning performance envelops its audience in the digital realm, weaving us into the webs of resentment, violence and power networks that are eating away at the structures of the twentieth century. This bold one-man show explores the smoke and mirrors world of online extremism, anonymity and hate speech.

Photo: Javaad Alipoor by The Other Richard

As part of the performance, we ask audiences to join a WhatsApp group chat for the show. This is optional, but will enhance your experience.

A sumptuous hour of stories, jokes, music and physical comedy…

Open the door and free-fall into a world where fantasy and the joy of play are Elsie’s way of making sense of it all. Created and performed by two artists from different generations of contemporary circus, each of whom have struggled with their own mental health, Elsie is a tender, hilarious exploration of what it is to live with overwhelming mental health challenges.

Australian Booty is an entertaining mix of comedy, social commentary and of course, booty shaking! From the Afro-Aussie sisters behind international smash hit Hot Brown Honey, comes a more intimate yet fiercely powerful show about self-love.

By Alicia Battestini and Vestri Mendum

This radical babe weighs in on the Australian identity, interracial dating, Aussie TV and the beauty myth.

Using a language of highly skilled aerial performance and a gallery of mad characters, the performers romp through mental health, gender, and identity. Part David Bowie, part teenage girl, Elsie’s world inside her grubby apartment is gorgeous and fragile.

Candy B is political, poetic and a little bit naughty in this riotous romp about her rump. Set to a killer sound track created by the notorious Busty Beatz, Australian Booty will slam, shake and tickle you all the way to the dance floor.

WARNING Side effects may include uncontrollable booty shaking and higher self-esteem.

By Michael Pigott and Katja Handt

The airport transit lounge, a space where one is neither here nor there. Transforming the Wollongong Town Hall into an international airport transit lounge, In Transit is a unique theatrical experience that explores how human beings move through the world. Audiences are invited into an environment that will amuse, transport and engage in a series of overlapping narratives that explore arrivals, departures and belonging. A space where the freedom of global movement for some sits uncomfortably next to the struggle of movement for others.

Inspired by the hyper reality of World Wrestling Entertainment, Trash Talk explores the dangerous impact of imagined realities when they become the tools of the powerful. Told from the unique perspectives of its performers, this new work takes a gladiatorial approach to truth-telling in an age of lies.

Got an idea for an act?

The Believers Are But Brothers

Championing a future for Australian art that is innovative, inclusive and diverse, this is a platform for a new generation of artists taking creative risks. 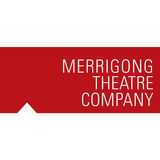