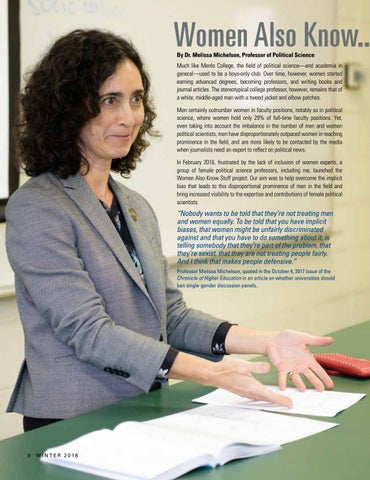 Much like Menlo College, the field of political science—and academia in general—used to be a boys-only club. Over time, however, women started earning advanced degrees, becoming professors, and writing books and journal articles. The stereotypical college professor, however, remains that of a white, middle-aged man with a tweed jacket and elbow patches. Men certainly outnumber women in faculty positions, notably so in political science, where women hold only 29% of full-time faculty positions. Yet, even taking into account the imbalance in the number of men and women political scientists, men have disproportionately outpaced women in reaching prominence in the field, and are more likely to be contacted by the media when journalists need an expert to reflect on political news. In February 2016, frustrated by the lack of inclusion of women experts, a group of female political science professors, including me, launched the Women Also Know Stuff project. Our aim was to help overcome the implicit bias that leads to this disproportional prominence of men in the field and bring increased visibility to the expertise and contributions of female political scientists.

“Nobody wants to be told that they’re not treating men and women equally. To be told that you have implicit biases, that women might be unfairly discriminated against and that you have to do something about it, is telling somebody that they’re part of the problem, that they’re sexist, that they are not treating people fairly. And I think that makes people defensive.” Professor Melissa Michelson, quoted in the October 4, 2017 issue of the Chronicle of Higher Education in an article on whether universities should ban single-gender discussion panels. 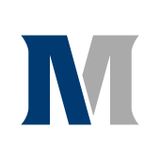