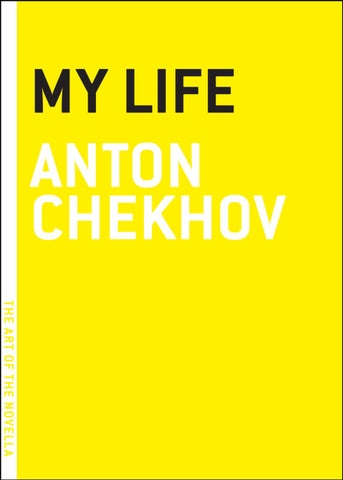 The Superintendent said to me: “I only keep you out of regard for your worthy father; but for that you would have been sent flying long ago.” I replied to him: “You flatter me too much, your Excellency, in assuming that I am capable of flying.” And then I heard him say: “Take that gentleman away; he gets upon my nerves.” Two days later I was dismissed. And in this way I have, during the years I have been regarded as grown up, lost nine situations, to the great mortification of my father, the architect of our town. I have served in various departments, but all these nine jobs have been as alike as one drop of water is to another: I had to sit, write, listen to rude or stupid observations, and go on doing so till I was dismissed.

When I came in to my father he was sitting buried in a low armchair with his eyes closed. His dry, emaciated face, with a shade of dark blue where it was shaved (he looked like an old Catholic organist), expressed meekness and resignation. Without responding to my greeting or opening his eyes, he said: “If my dear wife and your mother were living, your life would have been a source of continual distress to her. I see the Divine Providence in her premature death. I beg you, unhappy boy,” he continued, opening his eyes, “tell me: what am I to do with you?” In the past when I was younger my friends and relations had known what to do with me: some of them used to advise me to volunteer for the army, others to get a job in a pharmacy, and others in the telegraph department; now that I am over twentyfive, that grey hairs are beginning to show on my temples, and that I have been already in the army, and in a pharmacy, and in the telegraph department, it would seem that all earthly possibilities have been exhausted, and people have given up advising me, and merely sigh or shake their heads. “What do you think about yourself?” my father went on. “By the time they are your age, young men have a secure social position, while look at you: you are a proletarian, a beggar, a burden on your father!” And as usual he proceeded to declare that the young people of to-day were on the road to perdition through infidelity, materialism, and self-conceit, and that amateur theatricals ought to be prohibited, because they seduced young people from religion and their duties.

“Tomorrow we shall go together, and you shall apologize to the superintendent, and promise him to work conscientiously,” he said in conclusion. “You ought not to remain one single day with no regular position in society.” “I beg you to listen to me,” I said sullenly, expecting nothing good from this conversation. “What you call a position in society is the privilege of capital and education. Those who have neither wealth nor education earn their daily bread by manual labour, and I see no grounds for my being an exception.” “When you begin talking about manual labour it is always stupid and vulgar!” said my father with irritation. “Understand, you dense fellow—understand, you addle-pate, that besides coarse physical strength you have the divine spirit, a spark of the holy fire, which distinguishes you in the most striking way from the ass or the reptile, and brings you nearer to the Deity! This fire is the fruit of the efforts of the best of mankind during thousands of years. Your great-grandfather Poloznev, the general, fought at Borodino; your grandfather was a poet, an orator, and a Marshal of Nobility; your uncle is a schoolmaster; and lastly, I, your father, am an architect! All the Poloznevs have guarded the sacred fire for you to put it out!” “One must be just,” I said. “Millions of people put up with manual labour.” “And let them put up with it! They don’t know how to do anything else! Anybody, even the most abject fool or criminal, is capable of manual labour; such labour is the distinguishing mark of the slave

and the barbarian, while the holy fire is vouchsafed only to a few!” To continue this conversation was unprofitable. My father worshipped himself, and nothing was convincing to him but what he said himself. Besides, I knew perfectly well that the disdain with which he talked of physical toil was founded not so much on reverence for the sacred fire as on a secret dread that I should become a workman, and should set the whole town talking about me; what was worse, all my contemporaries had long ago taken their degrees and were getting on well, and the son of the manager of the State Bank was already a collegiate assessor, while I, his only son, was nothing! To continue the conversation was unprofitable and unpleasant, but I still sat on and feebly retorted, hoping that I might at last be understood. The whole question, of course, was clear and simple, and only concerned with the means of my earning my living; but the simplicity of it was not seen, and I was talked to in mawkishly rounded phrases of Borodino, of the sacred fire, of my uncle a forgotten poet, who had once written poor and artificial verses; I was rudely called an addle-pate and a dense fellow. And how I longed to be understood! In spite of everything, I loved my father and my sister and it had been my habit from childhood to consult them—a habit so deeply rooted that I doubt whether I could ever have got rid of it; whether I were in the right or the wrong, I was in constant dread of wounding them, constantly afraid that my father’s thin neck would turn crimson and that he would have a stroke.

“To sit in a stuffy room,” I began, “to copy, to compete with a typewriter, is shameful and humiliating for a man of my age. What can the sacred fire have to do with it?” “It’s intellectual work, anyway,” said my father. “But that’s enough; let us cut short this conversation, and in any case I warn you: if you don’t go back to your work again, but follow your contemptible propensities, then my daughter and I will banish you from our hearts. I shall strike you out of my will, I swear by the living God!” With perfect sincerity to prove the purity of the motives by which I wanted to be guided in all my doings, I said: “The question of inheritance does not seem very important to me. I shall renounce it all beforehand.” For some reason or other, quite to my surprise, these words were deeply resented by my father. He turned crimson. “Don’t dare to talk to me like that, stupid!” he shouted in a thin, shrill voice. “Wastrel!” and with a rapid, skilful, and habitual movement he slapped me twice in the face. “You are forgetting yourself.” When my father beat me as a child I had to stand up straight, with my hands held stiffly to my trouser seams, and look him straight in the face. And now when he hit me I was utterly overwhelmed, and, as though I were still a child, drew myself up and tried to look him in the face. My father was old and very thin but his delicate muscles must have been as strong as leather, for his blows hurt a good deal.

Renowned as the greatest short story writer ever, Anton Chekhov was also a master of the novella, and perhaps his most overlooked is this gem, My Life—the tale of a rebellious young man so disgusted with bourgeois society that he drops out to live amongst the working classes, only to find himself confronted by the morally and mentally deadening effects of provincialism.