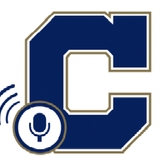 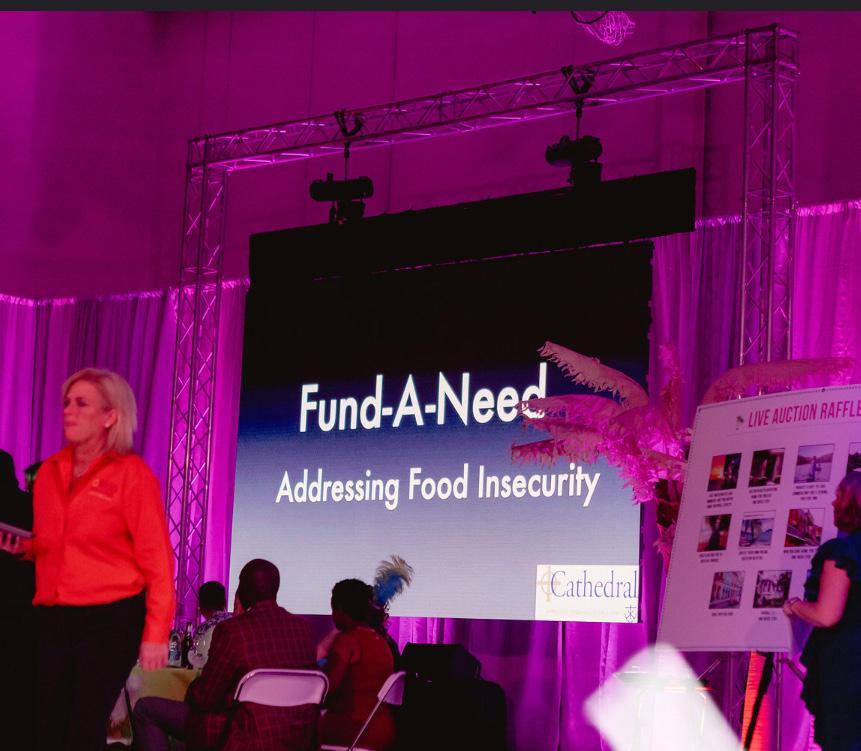 Envoy project manager and job site superintendent work to ensure the Innovation Center remains on schedule, note their gratification in seeing the building come to fruition. BY NICK BOZELLI-LEVINE

The Hill sounds a little different right now. The hum of chatter in the cafeteria and the sounds of club members meeting in various classrooms during flex have all been pretty much silenced.

However, that doesn't mean that the Hill is completely quiet. Now there’s a different sound. It’s the sound of the future.

It’s the sound of the Envoy Construction team, led by project manager Mr. Connor Britt and jobsite superintendent Mr. Jerry Feuquay, working together to build the Innovation Center, which is scheduled to open next September. Although there have been challenges and surprises in this extensive endeavor, the two said they find the process to be both fulfilling and gratifying.

For Britt and Feuquay, their day starts between 6 and 6:30 a.m. Britt works at the Fishers office, coordinating the project and visiting the site on the Hill about once a week. “As a project manager, day to day activities are just overall management for cost control, schedule, procurement of materials and labor (and) risk management,” Britt said.

Feuquay, on the other hand, is at the site every day, ensuring quality control, organizing deliveries and workflow and supervising at the on-site job trailer to help his team get the job done efficiently and effectively, sometimes staying until 6 p.m. “On a daily basis, I communicate back and forth with all of the different superintendents to follow the schedule to make sure we are trying to keep up with everything,” Feuquay said.

Progress made during online learning

With students at home from mid-November to mid-January, the Envoy team made significant progress.

“Right now we are doing a lot of exterior framing and trying to get things closed in to put temporary heat in so that we can continue with the fireproofing,” Feuquay said several weeks ago. Now that the steel structure is up, the project is taking shape and the team’s efforts are starting to pay off.

“We worked diligently early this year to come up with options that were cost conscious and budget friendly to Cathedral in order to get the final product they wanted,” Britt said, noting his excitement for the rapid progress they’ve been making on the Innovation Center. “It’s a really cool, modern design that I think is going to promote a lot of great learning.”

Feuquay added to this, saying how new and futuristic the building will look compared to other structures on the Hill. “I’d almost say it will be black and white,” he said.

But despite their progress, this project was not without its challenges.

In addition to working against the gradually worsening weather, the Envoy team found a comical amount of surprises underground in the initial digging phases. “It seems like every time we put a shovel or an excavator in the ground, we hit something that nobody knew anything about,” Feuquay said. They found items ranging from old pipes, oil tanks and a mysterious tunnel, as well as fire hydrants and asphalt from the remains of a parking lot that was later covered by the courtyard. “We’d called it the spaghetti bowl down here,” Feuquay said.

According to Britt and Feuqay, however, finding solutions to these surprises on a daily basis is part of what makes the work satisfying. “Not every project is going to go perfect, and that’s what keeps you on your toes. If it was as simple as you put a foundation in and you put the steel up. (If) all the measurements were perfect, all the details were great, then anyone could do this job,” Britt said. “What really makes this job fascinating for all of us is the problem solving and working through it as a team. It’s a rewarding process, stressful but rewarding.”

That satisfaction is the reason the two do what they do.

“Anytime you put stuff in the ground it’s just like a plant. Once you seed it, then it grows,” said Feuquay. “It’s gratifying to see it come up.”

Britt explained that he and Envoy enjoy building things that help people and that make real differences. Also, like Feuquay, he said he appreciated seeing the evolution of a concept from the architect’s blueprints to something tangible and real. “My passion is seeing things come from a 2D drawing and seeing it actually built in the field,” Britt said.

Watching this little “plant,” as Feuquay put it, grow is the reason that for the past several months, he, Britt and the Envoy crew have worked together tirelessly and passionately to bring the Innovation Center to life. “That’s rewarding to

me, working as a team with the architects, the owners, the guys and gals out in the field implementing the work, and just learning along the way,” Britt said.

The spinning of the drills, the rolling of the trucks and the booming of the heavy construction equipment is the sound of the excitement and dedication of the people behind them and the camaraderie of a supportive team.

Britt and Feuquay seem to have discovered the key to happiness and satisfaction: finding one’s own talent and using it to do what one loves. “Just have fun. That’s what it boils down to,” Britt said. “In any industry, in order to have a rewarding career, you’ve got to have fun.”