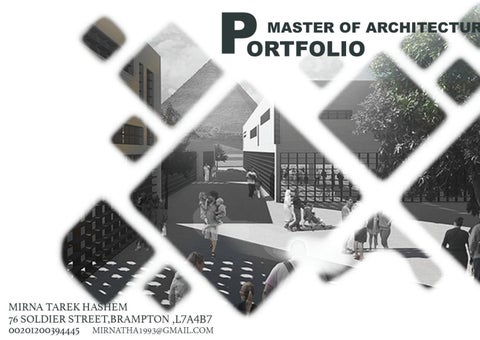 Royal City Open Mall, March 2016 Raafat Miller Consultant, An open mall expanding on a large area with 7 meters difference from the start and entrance level till the exit, it was a challenge to solve the level difference and integrated well with the landscape and green areas.

Bachelor Project,2015 Supervisor, Professor Rita de Frietas Working on the Pyramid Plateau and making a transition phase between the Great Pyramids and the Informal settlements “Nazlet el semman”. The project was divided into three phases, Developing Nazlet el semman, the interphase between the settlement and the pyramids and Culture Center. My Role was the Interphase. Bachelor Grade, Excellent

Business Towers New Capital Undergraduate Project, 2015 The main concept of the tower is to integrate with the surroundings the tower consists of podium where retail takes place, then ahead quarter offices for well known international-graphic design companies to achieve the goal of global city like Pixar , Google. The second part of the tower is residential The tower â&#x20AC;&#x2DC;s concept is to have green roofs and open terraces in most of the floor to give the students and the employees a good working atmosphere as life quality was on of the main goal of the project

A visual Design Project in New Cairo, The Task is to capture random, unpleasant photo and get the beauty out of it and make it useful.

Turning the back ground into black and white to emphasis the target wanted.

No need for background anymore 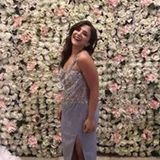