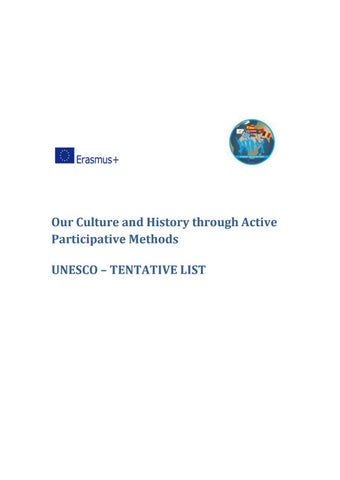 The church, dates to the 11th century and was built over the ruins of a 5th century early Christian basilica, the semi-circular synthronon of which survives behind the altar of the 11th century church. According to the local tradition the church was founded by the residents of the ancient kingdom of Kition (modern-day Larnaka) who moved in order to escape the Arab invasions. The epithet â&#x20AC;&#x2DC;Aggeloktistiâ&#x20AC;&#x2122; is based on the folk tradition according to which the church was built by angels. It is possible that the chapel had a funerary character, as medieval tombs were found outside the northern side. In the end of the 13th century â&#x20AC;&#x201C; beginning of the 14th century, the Latin chapel, was built to the south of the church. The church of Panagia Aggeloktisti preserves a superb decoration which dates to different periods, including the unique 6th century wall mosaic on the half-dome. The church is also decorated with wall paintings of the 11th century, a wooden iconostasis of the 16th century and also has icons dating from the 13th to the 19th century.

Fikardou is an excellent example of a traditional mountain settlement, which has preserved its 18th and 19th century physiognomy and architecture, as well as its natural environment. The main aesthetic quality is the integrity and authenticity of the village, which is in complete harmony with its environment.

The site, located in the Larnaka District, comprises a Salt Lake Complex, and the Hala Sultan Tekke, which is a mosque of great importance for the Muslim world. The site also includes a

prehistoric settlement, suggesting the diachronic habitation of the region and the assimilation of different cultural traits over time. Due to its ecological significance, the whole area is included in the Natura 2000 Network, both as a Special Area of Conservation and a Special Protection Area. Moreover, the main Salt Lake (Alyki) is since 2001 a Ramsar site as it is considered to be a wetland of international importance.

Prespes: The Great and Little Prespa that includes Byzantine and post-Byzantine monuments

Gorge of Samaria and Gorge of Vikos

Birch bark was often the only available material on which letters could be written at places of deportation. This was the only way to preserve links with the motherland and relatives.

â&#x20AC;&#x153;Levadasâ&#x20AC;? is a water transportation system of about 800 km, mostly bordering mountains but also going through them. They are also paths for discovery and contact with nature. Its origin dates back to the first settlements of Madeira Island, in the 15th century. Tentative List since 2017. https://whc.unesco.org/en/tentativelists/6230/

This project has been funded with support from the European Commission. This publication [communication] reflects the views only of the author, and the Commission cannot be held responsible for any use which may be made of the information contained therein.