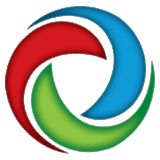 • Served at the Ministry of Foreign Affairs

• Served  as  the  Consul of Pakistan, Glasgow, United Kingdom

• Served at Embassy of Pakistan, Tokyo, Japan as Counsellor, Political and Administrative Affairs

• Served at the Ministry of Foreign Affairs as Direc­tor ( Finance, Communications and Security)

• Joined the Consulate General of Pakistan, Toron­to as Minister and Deputy Consul General

I obtained my initial education in Quetta, Baluchistan and then in Jacobabad, the nearest town to my village in Baluchistan. I did my medicine in 1986 and entered in the Civil Service of Pakistan in 1988.

Tell us about your experiences in Canada?

Canada is a marvellous country and people of Canada truly believe in multicultur­ alism and tolerance. Ihave excellent relations at all levels of the provincial government.

Tell us about your childhood, home­ town and your upbringing? Also about your previous assignments.

I was born in a village Sohbatpur in Baluchistan and remained there most of my life and lived in Karachi. However, I moved to Islamabad after entering the civil service. I have served three times in Tokyo, Japan .Also learnt Japanese language. Served three years in UK.

Tell us about the life of Pakistanis in Canada?

Our community in Canada is diverse and extremely settled comprising professionals, engineers, accountants, IT, bankers as well as entrepreneurs , business­ men, artists and community activists.

Tell us about social and political partici­pation of Pakistanis in Canada?

How Pakistanis are contributing in the economy of Canada? How Pakistan Mission is doing to help them achieve their dreams and enhance the image of Pakistan.

Pakistani diaspora in Canada is well settled as they comprised of top class businessmen and professionals. According to a recent study, the Canadians of Pakistan origin have been contributing more than 250 billion dollars to the Canadian economy every year. The Consulate has always been supportive of all initiatives and endeavours of our community in the fields like business and culture.

Tell us about Pak-Canada business and trade?

The trade between Canada and Pakistan is far below the potential of both countries. However, both countries are making efforts to enhance trade and business which will further cement relations. On 5 June, 2015 we attended a Round-table Conference with the Minister of International Trade Honourable Ed Fast and discussed the ways and means to enhance trade, business and investment between the two friendly countries.

Import and Exports between Pak and Canada?

Life of New Pakistani Immigrants in Canada in terms of Labor, Job market and business?

9.The new immigrants face tremendous difficulties to pursue their profession in Canada owing to difference of education system and work environment. In this regard the Consulate organized various events, seminar and talks to guide the new immigrants in Canada. We hope that professionals of our community would join hands with the Consulate to create a system whereby all new immigrants get information as well as guidance for their early settlement.

The multiculturalism and diversity aspect of Canadian society has been favoura­ble and amenable to all immigrants including Pakistanis. The overall environment is friendly and this is one of the reasons that vast majority of our community is well settled in Canada.

How Pakistan business community can help you in achieving your objectives?

The best way is that the Pakistan community strengthen the institutions like Canada Pakistan Business Council and other organizations and work collectively which will benefit both the community as well as the Consulate.

This story is from:
TORONTO-THE CITY OF DREAMS KNOWS THE POWER OF DREAMING
by MBE BUSINESS MAGAZINE