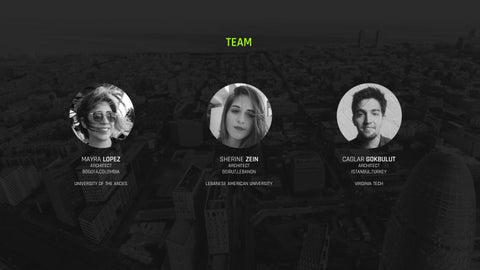 UNIVERSITY OF THE ANDES

How can genetrification be positive and foster redevelopment?

Many artists and young professionals have converted the former factories and warehouses into lofts, galleries, and shops.

1900 INDUSTRIAL REVOLUTION Poblenou was the epicenter of Catalan and Iberian industry.

POST INDUSTRIAL Poblenou is in a state of abandon

Industrial Neighborhood Surrounding the extensive cluster of factories stood mostly working class residential areas. When the industrial buzz passed, the neighborhood fell into a state of abandon and after a period of decay, the neighborhood has undergone a dramatic transformation.

Connection with the city

The leafy Rambla de Poblenou, which stretches from Avinguda Diagonal to the beach, is the main commercial street.El Poblenou lies between the great beaches of Barcelona and city center which allow its resident on one hand a great chilled beach life and on the other hand proximity to a huge variety of shopping centers, bars and restaurants.

The massive 22@ plan sets to convert Poblenou into the city&#39;s technological and innovation district, as well as to increase leisure and residential spaces.The Olympic Games in 1992 were the main trigger for a massive transformation of El Pobleno. With the newly built upscale Vila OlĂ­mpica and Diagonal Mar areas along its sides, many artists and young professionals have converted the former factories and warehouses into lofts, galleries, and shops.

expansion of old core reduction of other weaker ones

population is concentrated into one strong core

a city with limits

birth and development of other separated parts of the city

With the newly built upscale Vila OlĂ­mpica and Diagonal Mar areas along its sides, many artists and young professionals have converted the former factories and warehouses into lofts, galleries, and shops. Art/Architecture/Design schools and studios have also opened, making the area known for its creative outlook. This has resulted into a new identity for Poblenou as the developing innovation neighborhood. Therefore, we can witness a new type of gentrification having innovation and original ideas taking over the old industrial neighborhood.

sant marti density of the population

Filter blocks by density of population

Filter lots by date of development

Filter lots with commerce by scale

one of the largest malls in the city. concentration of stores in a container.

The functions that we would implement in our project are the innovative programs that exist in Poblenouâ&amp;#x20AC;&amp;#x2122;s gentrification process in relation with other functions found in the district. Transforming the horizontal relationship of existing functions to vertical confirgurations will generate a new urban dynamic and a typolgy of shopping mall.