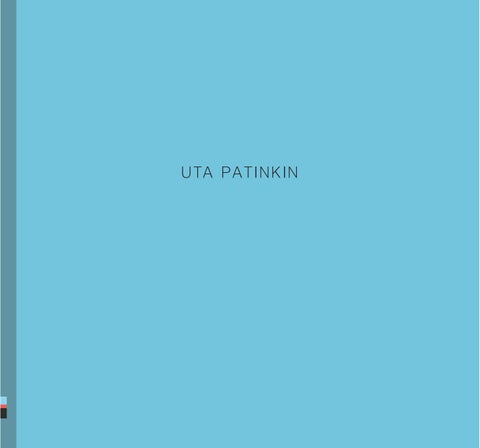 THE CARD PLAYERS & OTHER PAINTINGS

participants changes, so the scene is transitory. Every time I went, I painted a small painting in color, which I began and completed on the same day, from direct observation of the The Card Players / Uta Patinkin

Working with the card players opened up a new way of painting for me. Because they are immersed in the game, they move only slightly and return to their original position,

How did you come to paint the group of card players?

When we returned to Israel, I began to teach painting, and

them to sit for me in a staged setting. I entered their world as

an observer, without interrupting.

Jerusalem. A group of card players sat in the room next door to the painting classroom, and I always caught glimpses of them, toying with the idea that one day I would try to paint them.

This kind of work fascinated me. I didn’t know where it would lead, but I thought I'd start with several paintings and then see if I could develop them further. I was drawn to the vitality of

I had some reservations about this pictorial subject. First, it

working with individuals in their natural setting. The quick

is one which has been dealt with extensively by numerous

paintings imbued my work with a lot of new energy which

artists throughout the history of art—especially, of course, by

remained with me in the studio, too. Bit by bit, I began to

Cezanne in his series The Card Players, which is impossible

accumulate small paintings of the card players from all of my

not to address in some way or another while approaching this

visits, so I began thinking of ways to develop the subject into a

subject. What does my version say in relation to his? I wasn’t so

continuous work as opposed to short paintings. I realized I had

sure I wanted to be in this position: why do I need the burden

plenty of raw material to work with. I studied my paintings and

of Cezanne on my shoulders?

the photographs I had taken of the card players, and I started to

The additional reservation I had was that I didn’t know how I would paint this subject. For the most part, I paint facing a

draw new compositions. In parallel with my Jerusalem visits, I also started working on large paintings in my studio.

model in the studio. I invite a model to sit for a number of hours over the course of several meetings; I design the setup,

What would you say is the difference between the paintings

painted from direct observation on site and those painted in

a staged fixed setting I wish to paint. However the card players

required an entirely different way of working. Each way of working required something different. The Ultimately, the very hesitation I had at the start captivated and

intrigued me to try and tackle the subject.

swift perception and quick action. This kind of work requires the painter to act intuitively, and there is less room for deliberation or criticism.

Can you tell us about your work process?

There is something truly stirring

because it has a high level of adrenaline. I paint on site and

For over a year, I set out to paint the card players in Jerusalem

not in the laboratory conditions of my studio. The greatest

about once a week. The players tend to switch seats from

advantage of this way of working is that it is completely

meeting to meeting, and sometimes the composition of the

unpredictable; I arrive at a short-lived painting encounter

without knowing what it will engender, and this creates

In your painting, there are parts which are complete or

pictorial events that are altogether new to me. This is painting

"done" to varying degrees. What is the difference between

with neither formats nor habits, and hence it freshens my

painting practice as a whole. The work in the studio is utterly different. Even though the spontaneity and the unfettered brush strokes which characterized my work on the small

Part of my endeavor in undertaking the subject of the card players was to place myself before a challenge I did not know I could meet. This was an attempt to lead myself to unforeseeable places. The subject is a complex pictorial challenge because it includes multiple figures and a human interaction which creates complexity of placement and composition. It appealed to me to do something which I could not bring to the level of completion that I ordinarily strive for in my paintings, and I kept extending the challenge and enlarging the size of the canvas. I learned to reconcile myself to the incompleteness and discovered that these works derive their force and beauty from the rawness of the painterly gesture within them. Feeling a kind of inability brought novelty to the painting, new possibilities that sprang from a state of relinquished control. This was risky business for me, like gambling in a card game.

What is the relation between your painting and the subject of the card players, a prevalent subject in the paintings of artists in different periods? At first, I preferred not to look at paintings of card players by other artists, in an attempt to discern what emerged from my own work, without involving paintings did permeate my studio work, the latter necessitates

cogitation, planning and much commitment. The individual

Of course, I had been familiar with quite a few paintings of

painting does not remain in its initial, unripe, fresh form but

card players, but I did not actively look for them at this stage.

rather undergoes a process in which my intentions and the

expressiveness are made more precise. Studio work entails an

relation to the subject became clearer. I begin to research, read

attempt to rectify the relationships between forms and color so

articles and examine paintings. I set about gathering images

that these manifest the human event depicted.

of card players from different periods, from the Renaissance onwards. This was a common subject, particularly in the 18th

throw away? A person stands in the world and holds his cards

life. Some paintings depicted the card game in shabby bars and

close to his heart. He chooses what to reveal and how to act—

presented it as a forbidden activity carried out behind closed

he chooses his steps.

doors and associated with alcohol, prostitution and gambling. Other paintings presented card players in the context of high society entertainment.

The game is not just a simple, friendly one, like two players passing a ball to each other. The element of money is highly significant and adds tension and weight to every move. Every

I studied the well-known paintings of card players such as

those of Caravaggio, Chardin Cezanne and Balthus. They were

very meaningful to me.

in which every individual expresses his condition.

Balthus and Caravaggio present the less "comely" human facets through the card game - the struggle, deceit and concealment. With Cezanne, I think, the card players express the stance of a human being vis-à-vis the player facing him, not only in a direct way but also in a more profound, human sense: the players look at the cards they are holding and not at each other. This is not a situation depicting demonstrative acts between individuals but rather one of introspection, an inner motion, and this resonated with me.

Was a relationship formed between you and the painted players? Naturally! First, they already knew me beforehand as the painting teacher at the club. After I had asked for their permission to paint them and began to work, friendly relations were formed, and they were happy whenever I arrived. We chatted from time to time, and once they even tried to teach me the rules of the game. My presence did not bother them, and they behaved naturally and enjoyed the attention and

And what interests you in the subject itself?

the element of surprise in seeing themselves appear in my paintings at the end of every session. I remember a day when I

The subject of card players appeals to me for several reasons:

arrived at the club, and they had not been playing due to a lack

first, it is an engrossing human interaction in a world in which

of participants. Someone immediately called: "come on, guys,

human interactions are diminishing due to technology and

the painter is here, let's play so she can paint!"

screens. Through the activity of the game –bodily gestures without many words—a communicative encounter between individuals is set in motion and an entire world of relations is born. The card game is also a symbolic world which contains secrets and concealment as the game is played surreptitiously. Every player keeps his cards to himself while remaining cautious and suspicious of the other players. I see in the card game an allegory for the human being's bearing in the world. The individual facing the world-group from his particular standpoint: who is he, and how does he perform in the game? Which cards does he keep to himself, and which does he