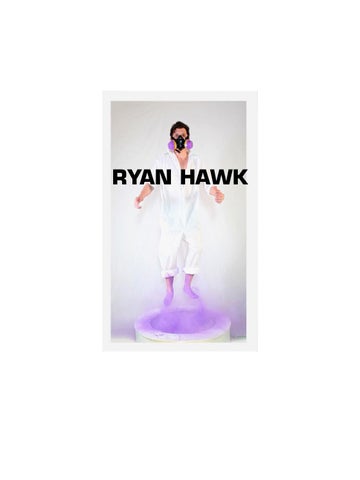 Ryan and I first discussed a solo exhibition a year ago in Houston while he was on winter holiday from SMFA in Boston. We had just met, but we both recognized each other’s enthusiasm for our practices and knew that if we had the chance to collaborate in any way, we should. When Ryan moved to Houston months later, the discussion changed from if we have the chance to let’s make our own opportunity and during the next few weeks we scouted the city looking for a home for Ryan’s first solo exhibition. I’m excited that we found an enthusiastic and supportive partner in Art League Houston; it’s a wonderful arts organization, which, like Suplex, encourages local collaboration and has a reputation for keeping the artist’s interests as a central tenet in the projects they produce. When I sat down with Michael Peranteau and Jennie Ash to propose Ryan’s exhibition, his work truly spoke for itself: despite my eagerness to discuss the curatorial vision, we spent most of our time watching Ryan’s video performances, captivated by the clean aesthetic and drawn into the work’s visual weight. What they were experiencing then was the exact same “wow” reaction that I had been having over the past year as Ryan sent me work after work to watch, while he was exhibiting across the country; it’s partly because of that reaction that this exhibition exists. Ryan blends high-modernist aesthetics with performance-for-camera to create installations that call for a cognitive reaction from his audience, much like puzzling over an optical illusion. By engaging the viewer through this use of illusion, he establishes a relationship with the audience and tears at the fourth wall, bridging the gap between performer and spectator. In Balance, Ryan skews the frame’s orientation, shifting lines of white and black up and down, left to right, visually representing a distortion of balance. The effect in Balance is accentuated when the viewer spends time with the work, lets their eyes become fixated on the performer and watches the lines change direction in their periphery. Ryan created this work after studying devices commonly used for balance therapy training, but paradoxically, the effect that is meant to aid those who suffer from equilibrium impairment, disorients the unimpaired. Much of the works in the exhibition use space and mediation to activate a sensory experience with the performance and, in effect, activate the gallery space as a sphere of audience participation. In Repeating Histories, the moment of misapprehension is not something dependent on temporality, as seen in his other video works, but rather is completely contingent on the viewer’s spatial relationship to the reflecting pool. The impression is experiential as much as perceptual. For this piece, the illusion is inherent; the ubiquity of reflection is simultaneously absolutely quotidian and unremarkable, yet still arresting. Ryan precipitates your engagement—an invitation to match his angle of incidence—and the starkness of the resulting contrast overbears the transparency of the mimetic illusion.

In fact, an awareness of its own transparency is one of the ways that Ryan’s work effectively communicates his investigation of innersubjectivity. The viewer’s presence in Repeating Histories is dynamic and critical. The viewer must interrupt the illusion; it is broken before you have a chance to see it. One must orient oneself in the gallery for the spectacle to occur. And once you have done that, you can spend time there. In contrast to the artist who has made the “perfect object,” before which a passive audience stands in auratic appreciation, Ryan’s aesthetics create expectations that are not fulfilled without engagement on the part of the viewer. We see this elsewhere in his corpus, specifically in his photography, which presents the option of either expressing the trompe l’oeil or exposing its flaws. Ryan does both—his work oscillates between building his own mythology and contesting a historical perpetuation of the consummate artist. The seam is shown, the zipper is unzipped, the eye is turned inward. In the most literal way, the pop-up exhibition extends the illusionistic feat—now you see it, now you don’t. It facilitates the spectacle of space and time, and calls for a unique form of audience engagement. For this exhibition, Suplex isn’t afraid to expose our hand. As an experimental organization in transition, whether we are exhibiting in a gallery space or a non-traditional venue, one thing remains clear—through collaboration, we can realize seemingly impossible goals, usually through unexpected avenues. As Ryan finds his home again in Houston, the arts community here has again and again demonstrated its support and assistance to an emerging group of artists. We were met with groups and individuals who were eager to lend their advice, equipment, or even just assistance spreading the word. We have so much appreciation and gratitude to Michael, Jennie, and everyone at Art League; we would also like to thank Josh Fischer at Rice University, Jacob and Megan Spacek and everyone at BLUEorange Gallery, Jeff Shore, Tim Barkley, Connie McAllister, Bill Arning, and everyone at the Contemporary Arts Museum Houston for their incredible support. As Suplex moves forward with the goal of creating new and innovative pop up exhibitions, we are excited to work with new individuals, groups, institutions, and artists. We are eager to explore the city’s resources and be a part of contemporary cultivation of arts culture, and humbled by the overwhelming support we have received in realizing our goals. We encourage you to explore Ryan’s practice with us through his sculptural objects, his video work, and his live performance piece at Art League.

The Way That The Moon Rises

All rights reserved. No part of this book may be reproduced or transmitted in any form or by any means, electronic or mechanical without written permission from the publishers. 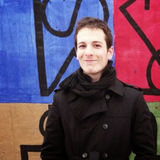