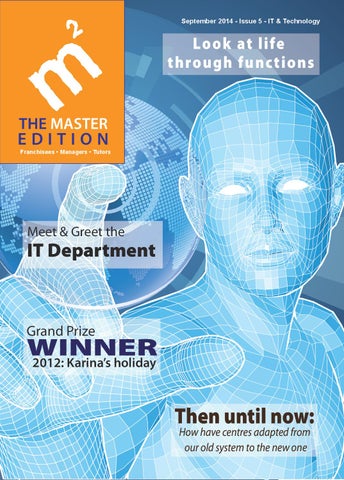 Look at life through func tions

WINNER 2012: Karina’s holiday Then until now: How have centres adapted from our old system to the new one

Any sufficiently advanced technology is indistinguishable from magic.

Technology is just a tool. In terms of getting the kids working together and motivating them, the teacher is the most important.

What new technology does is create new opportunities to do a job that customers want done. Tim O’Reilly

We've arranged a civilization in which most crucial elements profoundly depend on science and technology. Carl Sagan

Technology is a word that describes something that doesn’t work yet. Douglas Adams

It’s supposed to be automatic, but actually you have to push this button. John Brunner