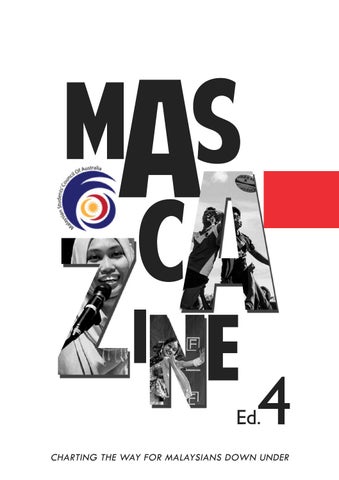 Held at the Queensland University of Technology (QUT), the second day of 3rd MASA SLA External was participated by Malaysian student leaders across Australia. It started with a panel discussion evolved around the topic, “Nurturing versatile students”. The panel speakers were Ms. Sheila Balakrishnan (Campus Marketing Advisor at Shell Malaysia), Mr. Azlan Rudy Malik (Chief Operating Officer at iM4U) and Johan Kamal Hamidon (previous National Chairperson of MASCA). The Student Leaders’ Agenda then continued with a group discussion on the topic “MyCareers”. In continuation with the panel discussion, student leaders were divided into groups to brainstorm ideas on how to contribute in enhancing awareness among Malaysian students in Australia to improve students’ employability. Each group then presented their findings to the panels and the other student leaders. The findings from the discussion will be collated into the MyCareers initiative which will be launched in the second half the year.

POLICY PROJECT 11 September 2015, Malaysia Hall, Sydney Majlis Perwakilan Pelajar Luar Negara (MPPLN) is a government initiative to engage with students to produce holistic policies to be implemented. The objective of MASCA-MPPLN 2015 Policy Project was to provide a platform to contribute back to Malaysia by providing solutions to the national issues via a systematic discussion conducted by Malaysian students across Australia. In May 2015, MASCA policy proposal from MASCA-MPPLN 2014 was shortlisted to present in the Mesyuarat Majlis Perundingan Pelajar Kebangsaan (MPPK) to represent MPPLN as a whole. For 2015, “Civic Participation” has been chosen as the main theme for public policy discussion in Australia. Prior to the National Summit in September, each state chapter was assigned with a topic to be presented. The topics of each state chapters were “Service Learning in Education System” by ACT, “Freedom of Speech in Social Medias” by Queensland and South Australia, “Foreign Policy, Community Empowerment, Education System” by Tasmania, “Empowering Local Government” by Victoria, “Managing Welfare” by Western Australia, and “Civic Engagement and Community Empowerment” by New South Wales. The findings from the discussions were to be addressed and continued by the Queensland and Victoria state chapter.

The Summit is MAP’s flagship event of the year, where we invite speakers from corporate and public policy to engage with students. This year, the Summit, themed “Malaysia’s Got Talent: Now What?” was held on 4th October from 9.30am to 4.30pm at RMIT Building 80. Given the constant calls for talent to stay in Malaysia, we aimed to explore whether Malaysia is actually making the best of its returning talents. Almost 100 students attended this event, which has becoming increasingly recognized as the largest intellectual gathering in Melbourne among Malaysian students in Australia. The Summit was organized as two panel sessions, political and corporate sessions. The political session was moderated by Timothy Wong of which the speakers were Sim Tze Tzin from Parti Keadilan Rakyat, Eric Choo from Malaysian Chinese Association and Jerald Joseph from Pusat KOMAS. As for the corporate session, moderated by Mardhiah, the speakers comprised of Cheryl Yeoh, CEO of MAGiC, Lai Tak Ming from Gamuda and Elia Talib, Graduan’s Managing Director.The speakers gave their opinions on the topic in turn, after which the floor was opened to the participants to ask them questions. The highlight of the event was the short movie showcased regarding the generic mentality of Malaysians and which predicaments are more crucial to resolve for the betterment of the country. Overall, the event has proven to be a success once again. 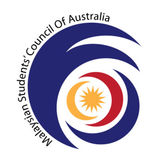 4th edition of the official magazine of the Malaysian Students' Council of Australia (MASCA).

4th edition of the official magazine of the Malaysian Students' Council of Australia (MASCA).