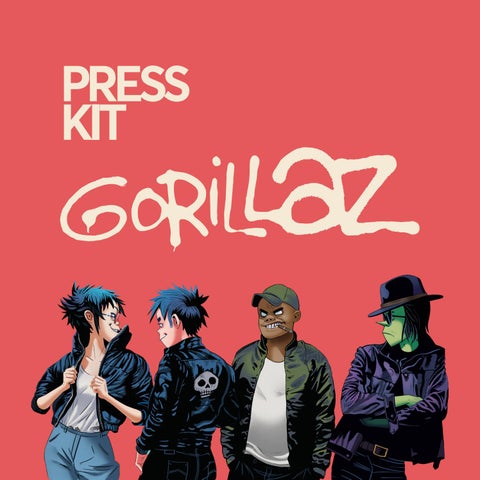 WHAT IS Gorillaz is a British virtual band created in 1998 by Damon Albarn and artist Jamie Hewlett. Producer and A&R executive Remi Kabaka Jr. began collaborating with the band in 2016 after several years providing the voice of Russel Hobbs and was listed as an official member alongside Albarn and Hewlett in the 2019 Gorillaz documentary Gorillaz: Reject False Icons. The band primarily consists of four animated members: Stuart "2-D" Pot, Murdoc Niccals, Noodle, and Russel Hobbs. Their fictional universe is presented in music videos, interviews and short cartoons. In reality, Albarn is the only permanent musical contributor, and often collaborates with other musicians. With Gorillaz, Albarn departed from the distinct Britpop of his band Blur through hip hop, electronic music, and world music through an "eccentrically postmodern" approach. The band's 2001 debut album Gorillaz went triple platinum in the UK and double platinum in Europe and earned the group an entry in the Guinness Book of World Records as the Most Successful Virtual Band.

MURDOC Murdoc was responsible for most of the conception and formation of the band, and is angry that 2-D, the fictional vocalist and pianist for the band, is the frontman. Aspects of Murdoc's appearance and personality were based on that of a young Keith Richards. Murdoc's fictional biography is filled with references to Satanism, such as his birthday being on 6/6/66, and that to become a famous musician Murdoc did a deal with the Devil, that led him to change his middle name to Faustwho provided Murdoc with his own bass guitar, named El Diablo. At the Brit Awards 2018, Murdoc was incarcerated. He was not involved in Gorillaz sixth album, The Now Now, and was temporarily replaced by Ace, leader of The Ganggreen Gang from The Powerpuff Girls. From 4 June to 26 October 2018, the band ran a bi-weekly text-adventure ARG called Free Murdoc, in which the player assists Murdoc as he attempts to escape from prison.Murdoc was reunited with the band on September 20, in time to join them on the final leg of The Now Now Tour. Murdoc is featured in Mission 101, a monthly web-series produced by Gorillaz in late 2018 to promote their limited edition line of G-Shock watches.

NOODLE She provides the lead guitar, as well as some occasional lead and backing vocals for the band. Hewlett came up as 13 years old, and since then she has aged further.

RUSSEL Russel provides the percussion, and he can invoke the souls of dead rappers from the fictional hip hop canon.

2-D The character 2D sings and plays the keyboard. He can play guitar, as can Murdoc, but both leave it to Noodle. In most cases, 2D's singing voice is much lower than his warbly speaking voice. His vocal range is very wide, and he has sung everything from baritone to falsetto. All his singing voices are provided by Damon Albarn, including the spoken verses in the 2005 hit "Feel Good Inc." 2D apparently has had some influence in the lyric-writing process (as evidenced by the credits on the insert of the titular debut album) even though his intelligence is reputedly negligible. Apparently, Murdoc has had Albarn teach 2-D from time to time to sing better than he already could, and apparently even sing in some of their songs.

Check â&#x20AC;&#x153;Rise of the Ogreâ&#x20AC;?, an autobiography about the virtual band written by the four band-members in collaboration with Gorillaz musician and official scribe Cass Browne.

DESOLÉ LYRICS by Gorillaz Song Machine is a series of singles and music videos releasing in 2020, by the British virtual band. The project marks the first release with Remi Kabaka Jr. as an official band member, as well as the return of the character Murdoc Niccals in promotional material, after his absence from The Now Now in 2018. The project began with "Momentary Bliss", which featured rapper Slowthai & punk rock band Slaves, on 30 January, and is expected to continue until the end of the year On 28 January, the band officially released images via social media teasing a concept entitled Song Machine. A promotional single entitled "Song Machine Theme" was released on streaming services with an accompanying video. “Désolé" was Gorillaz’s second song, featuring Malian singer Fatoumata Diawara released on 27 February 2020 which involves the release of various tracks featuring previously unannounced guest musicians. 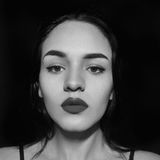