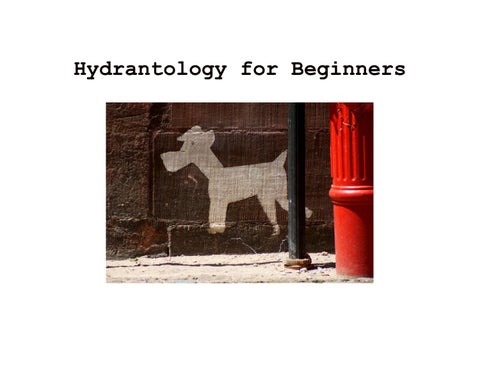 Never stand between a dog and the hydrant. John Peers Â­ 1001 Logical Laws

Merriam­Webster at www.merriam­webster.com says: &quot;a discharge pipe with a valve and spout at which water may be drawn from a water main (as for fighting fires) —called also fireplug&quot;

Wikipedia says at en.wikipedia.org: &quot;The invention of a post­ or pillar­type fire hydrant is generally credited to Frederick Graff Sr., Chief Engineer of the Philadelphia Water Works around the year 1801.&quot;

The modern German hydrant is clear in its lines, without superfluous embellishment. Timeless elegance as the manufacturer describes it. The pillar still is made out of cast iron, while the protective mantle is out of stainless steel. I fear these hydrants never rust. Often the hydrant is guarded by two or more red足white poles. Four of all German hydrant manufactures hold 70% of the market share, btw.

This type of hydrant is manufactured by Schmieding Armaturen GmbH, Holzwickede, Germany. All newly installed hydrants in Mainz have this almost futuristic design. Mainz, Germany, 2012.

Of course, the aforementioned timeless elegance doesn&#39;t work well with old medieval towns. Therefore most of the manufacturers also offer a &quot;Nostalgia&quot; line 足 the &quot;Altstadthydrant&quot;, &quot;old town hydrant&quot;. And yes, hydrant is the same in German. This one is made by VAG足Armaturen GmbH, Mannheim, Germany, designed after the &quot;Modell Reuther&quot; from 1885. Dinkelsb端hl, Germany, 2012

Another fine specimen of a German hydrant. It&#39;s installed at the Kloster Eberbach, a monastery. In the winter of 1985/86 the interior scenes of the film &quot;The Name of the here. Hydrant&#39;s manufacturer is AVK Mittelmann Armaturen GmbH, W端lfrath, Germany and Eberbach Abbey, Germany, 2012. BUT ... most of the German hydrants are located below

former Cistercian Rose&quot; were filmed I took the photo at ground ...

On the left you can see the typical German hydrant: below ground or underfloor as we call it. The first one is closed. Of course. The manhole cover is always labeled &quot;Hydrant&quot; to distinguish it from all the other manhole covers you might find in our streets and sidewalks. Germany is small so things tend to get crammed. Again the Eberbach Abbey, Germany, 2012.

And some hydrants are simply beautiful. Hunsr端ck, Germany, 2011.

Everything you ever wanted to know about German hydrants. "Advanced hydrantology - How to find a hydrant" soon. 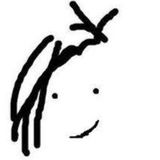