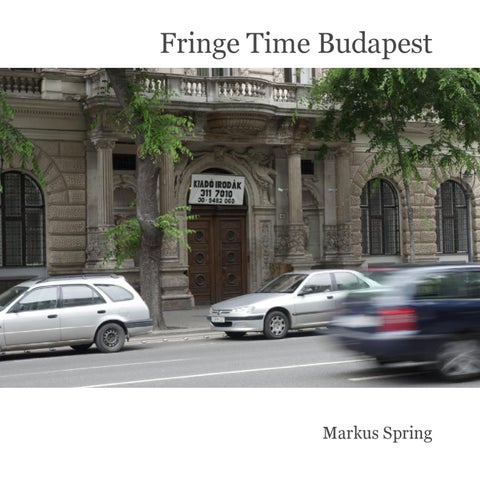 When I was sent for a two days meeting to Budapest, I immediately decided to make best possible use of the fringe hours of this business trip. Working for a CO2 emission reduction project, it goes without saying that I took the train for that 560 km trip. The actual savings in travel time would have been anyway neglectable when commuting to/from the airports is included. The benefit of that choice however was that I arrived in the afternoon in the very center of the city, and after having deposited my luggage I could immediately start my ex­ cursion.

and Imperial Danube Monarchy capital are worn down in many places, but only sometimes replaced by (not always) high­ class units of the concrete­and­glass spe­ cies. One of the main roads, Andrássy Út, sometimes titled the &quot;Champs Elysées of Budapest&quot;, is a striking mixture of the most splendiferous facades and extremely expensive international label outlets on the one side and decaying walls, where the passers­by are protected from crumb­ ling plaster with wooden galleries, on the other side. But change now happens at a fast pace, and this face of Budapest will probably have vanished the day after tomorrow.

Time for photography on this trip totalled to approx. 8 hours, 6 of it spent on a long walk through the city center of Budapest. As Hungary is a Catholic country, the shops were closed on this sunday after­ noon and the streets quite empty, so the impression that the facades and houses made on me were even more powerful.

So my stroll through downtown Budapest was shaped by those opposites and espe­ cially that decay, but also by the knowled­ ge of the diminuishing size of that window of opportunity. I don&#39;t want to hide that it fell on fertile soil, as my brain, too, is, to quote Tyler Monson, &quot;decidedly filled with the melancholy of Northern Europe&quot;.

Hungary had been part of the Eastern Bloc after World War II, and so the often secessionist­style houses of the old Royal

Gellert Thermae The Budapest thermal baths date back to Roman times, when the city wore the name &#39;Aquincum&#39;, already showing the importance of water ­ aqua ­ in its name. The Spa of the Hotel Gellert resi­ des in a Secessionist­style buil­ ding, and while the bassins are brimming throughout the day with tourists, the thermal bath, opening at 06:00 am, is visited only by a small number of locals that early in the morning. Making use of my own fringe hours, I was lucky enough not only to relax in a really quiet at­ mosphere, but also to get some worthwile frames without bothe­ ring fellow guests.

This book was set with scribus足svn in Georgia Regular on a Ubuntu linux machine. All photographs were made with a Sony A700 and the Zeiss 16足80mm lens. The conversion of the raw files was done in bibble5, additional corrections where necessary performed in gimp.

The facades and streets of Budapest form a unique portrait of this wonderful city. Having only a very restricted time slice, the photographer had to look more intensively and breath in the spirit of this place. 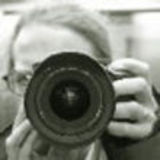