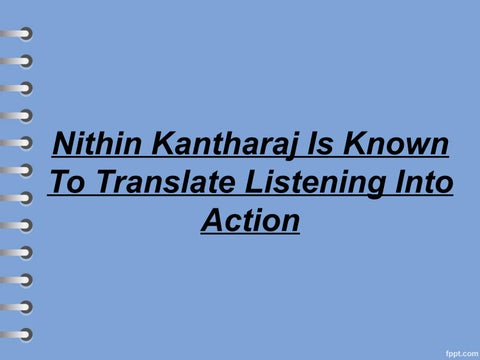 Introduction to Nithin Kantharaj  Nithin Kantharaj is a young professional who is a part of the commercial team of a growing company.  His main responsibility here is to troubleshoot and update the tester on the production floor when it is down and schedule the project as per requirements.  The company also offers him challenging assignments in a relevant and growing industry.

Nithin Kantharaj as a HardWorking Professional ď ś Nithin Kantharaj is extremely passionate about his work and has always believed in inspiring others. ď ś He is known to translate listening into action and manage multiple projects simultaneously to make sure all the projects are completed timely. ď ś He has always shown initiative and creativity in honoring commitments.

Nithin’s Educational Background  Nithin Kantharaj has completed his MS in Industrial Engineering and his Bachelor’s in Mechanical Engineering from the University of Texas and the PES Institute of Technology, Bangalore respectively.  He has an expertise in Lean Manufacturing, SPC, TQM, Time and Motion Study, Value Stream Mapping, Six Sigma(DMAIC), KANBAN, ISO, PFMEA, DFMEA, KAIZEN, GD&T, Root cause analysis, Corrective and preventive action(CAPA), JIT, 5S, IQ, PQ, and QP.  He has also worked on a variety of projects including the failure mode effect analysis of Samsung note components, quality analysis on Toyota 9 million recalls, and simple and multiple linear regressions.

More About Nithin Kantharaj ď ś Nithin likes to spend his leisure time playing video games, sports and traveling to new destinations. ď ś He started his professional journey back in the year 2017 as a Manufacturing Engineer for a reputed firm where he used to develop IQ test scripts for the IQ protocol and execution. ď ś He also developed validation plans, wrote protocols and executed the master validation plans. 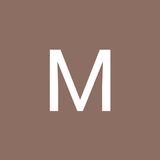