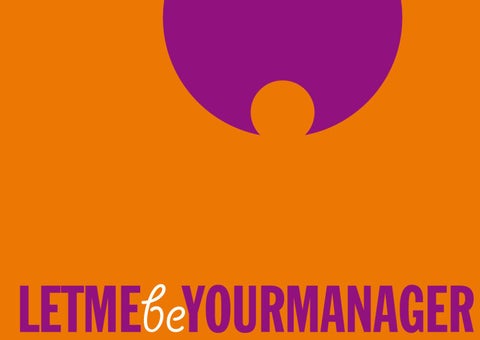 This guide is food for thought, and projects a ­di­­vergent and hopefully novel­ per­s­­pec­ tive on contemporary issues. The m ­ anner in which the authors highlight the different ­concepts is just a position/vision. We would like to invite you to question those and p­ lease do not simply take them as they are. Nothing is definite.

Plato and Aristotle were struggling with the concept of ownership, because, under what conditions and which form does ownership function at its very best? Who should have the rights to access a certain property and who determines that? We would like to stress the value and benefits of common and shared goods. We are all familiar with public places as libraryâ&amp;#x20AC;&amp;#x2122;s and cinema, where you can borrow public goods. Although a decreasing number of people are making use of this, instead, they rather choose to buy their book(s), or construct their own home-theater in their house. Is it because people want to make use of these properties whenever they want to, or is that our response on an increased purchasing power and capitalism. On the other hand we have initiatives that promote common goods and services, such as CouchSurfing and car sharing platforms. Moreover, it is not merely about touchable property, the concept of ownership includes intangible matters, such as ideas, expertise and contacts. If we share these prior matters, lending services could invest in objects, which means that users have access to an improved quality of products. A win-win situations arises, sustainable products are valued again, instead of products that last for a relatively small period.

Trancparency is demanded and necessary to survive nowadays in business life, hereby referring to Corporate Social Resposibility (CSR), since it assures openess, honesty, accounability and many more. But this is only one side of the coin. We believe it should be more of a conviction of the philosophy of

every one participating in a project, to realize the great potential in winwin-situations and to profit from each other. It further builds strong and trusted relationships and networks among stakeholders arise. ItÂ´s about listening to each other and making evaluations upon what has been said and having opinions, but staying open for diverse views.

When dropping the word ‘networking’ many immediately relate it to business, however, it simply is the verb that is derived from ‘network’. Networking is thus nothing less than maintaining, expanding or using your already existing network. The core of networking is interacting, which is what we do all the time. We consider impressing, debating, inspiring, listening, and co-creating as inseparable in networking. We all have

different networks in which we have different roles and tend to behave differently. We often do not realize how large this network is, how many we can reach/access, what it means to us and how we got in touch with all these people. The answer to the latter is rather simple, this large network is the result of our natural magnet to socialize. While we seldom or never consciously realize and appreciate that.

Co-creation is all about making use of the human resource available to you. Not in the sense of contractors though but by offering ways to contribute to, to participate in and to be part of a project. If you do not limit this concept to few experts but to many potential participants you make use of the power of the crowd. Two related concepts are crowd-sourcing, making use of human capital, and crowd-funding, which revolutionizes ways of project funding especially for innovative and cultural projects. There are no predefined ways to co-create. Co-creation unleashes the full potential of many creative minds but also gives you a lot more input to work with. Thus, it requires flexibility and good leadership.

It is nothing new to read that social media is changing the ways we connect, interact and therefore work with one another. With social media you have the right people at the right place and keeping in touch becomes childâ&amp;#x20AC;&amp;#x2DC;s play. But there is more to it when thinking of creating project teams for instance. Different platforms make it easy to find likeminded people with different expertise. Social media allows you to build teams with shared philosophy, which can lead to innovative ideas that flourish.

Social media is not limited to the most popular platforms, which might not even be the most useful ones. Here are some sites you might want to have a look at:

Talking about networking there are different ways to focus on, which creates great ambiguity. One way would be a people focus, which means inspiring others and being inspired. You build good relationships and feel the thrill to get involved in projects run by the other person. A probably more traditional way is the business focus. You look at people from your network searching for opportunities to do business.

â&amp;#x20AC;&amp;#x17E;An art whose medium is language will always show a high degree of critical creativeness, for speech

is itself a critique of life: it names, it characterizes, it passes judgment, in that it creates.â&amp;#x20AC;&amp;#x153;