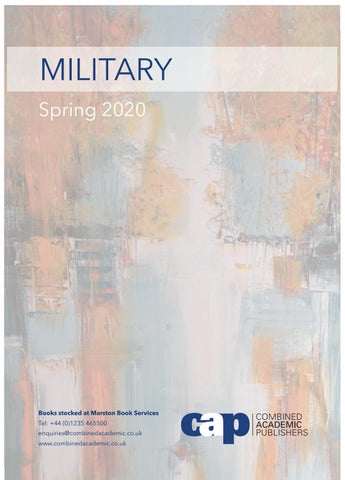 Greek Warfare beyond the Polis

Defense, Strategy, and the Making of Ancient Federal States David A. Blome

Militaries with state-of-the-art information technology sometimes bog down in confusing conﬂicts. To understand why, it is important to understand the micro-foundations of military power in the information age, and this is exactly what Jon R. Lindsay&#39;s Information Technology and Military Power gives us. Excludes ANZ

Greek Warfare beyond the Polis assesses the nature and broader signiﬁcance of warfare in the mountains of classical Greece. Based on detailed reconstructions of four military encounters. Excludes ANZ

Militarism, Affect, and the Politics of Sacrifice in the Pakistan Army Maria Rashid

An expanded edition of the leading text on military history and the role of culture on the battleﬁeld. The Second Edition is a collection of some of the most compelling recent eﬀorts to analyze warfare through a cultural lens. Excludes SE Asia and ANZ

A study of the aﬀective relationships at the heart of war and violence. Certain regions, like parts of the rural Punjab, supplied the Pakistan Army. Rashid focuses on the men, their wives and mothers, and the military culture.

Learning the Lessons of Modern War

With compelling insight, Canada 1919 exposes the ways in which the First World War shaped and changed Canada – and the ways it did not. Examines the concerns of Canadians in the year following the Great War: the treatment of veterans, including nurses and Indigenous people. Excludes SE Asia, Indian sc &amp; ANZ

Uses the study of the recent past to illuminate the future. More speciﬁcally, it examines the lessons of recent wars as a way of understanding continuity and change in the character and conduct of war. Brings together contributions from a group of well-known scholars.

Making the Best of It

Women and Girls of Canada and Newfoundland during the Second World War Edited by Sarah Glassford &amp; Amy J. Shaw

Examines the ways in which gender and other identities intersected to shape the experiences of female Canadians and Newfoundlanders during the Second World War. Excludes SE Asia, Indian sc, &amp; ANZ

Culture and the Soldier oﬀers a long-overdue examination of how culture – deﬁned as reproduced identities, values, and norms – both shapes the military and can be wielded by it, informing the way armed forces operate around the world. Excludes SE Asia, Indian sc, &amp; ANZ

Lauren K. Thompson analyzes the relations and fraternization of American soldiers on opposing sides of the Civil War and argues that these relations represented common soldiers’ eﬀorts to ﬁght the war on their own terms.

With the OSS Jedburghs in Nazi-Occupied France William B. Dreux

A rediscovered classic of military history back in print for the 75th anniversary of World War II. William B. Dreux parachuted into France in 1944, the OSS infantry oﬃcer had cinematic visions of blood-and-guts heroics, of leading the French Maquis resistance forces in daring missions to blow up key bridges and delay the Germans. 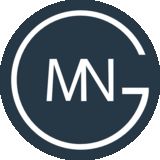