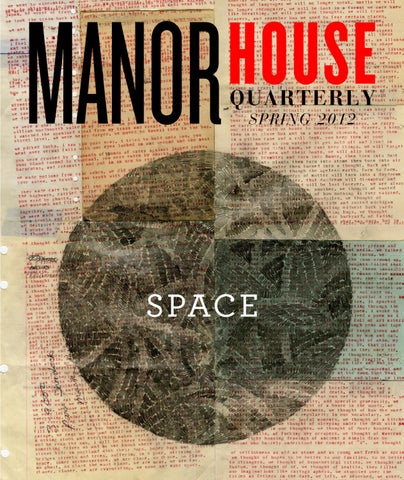 THIS IS ONLY A SAMPLE, YOU CAN PURCHASE THE OTHER 50 PAGES AT OUR WEBSITE ABOVE.

In its elemental form, this idea of space is ubiquitous. Space is breathed and defined and manipulated. It is topographical and existential, all consuming and all freeing. As a nonthing, space demands the constant theorization of its elusive emptiness: the constructs of relativity, the possibilities of time-travel, the implications of dark matter. As a thing, space is what the senses work into familiarity: the placement of a traffic light, the delta of a river, the grounding of pavement, the ceiling of sky, the intuition of a light switch. Space is what is traversed within the everyday, veiled by mindlessness and discovered haphazardly through experience. As human psychology would have it, the material and non-material experience of space incessantly becomes paired within the framework of language. The memory of space is the significance of life; we memorialize these encountered spaces to hold near fugitive space, to feel secure in the presence of unknowns. Thatâ&amp;#x20AC;&amp;#x2122;s why we created forts under stairways and walls of pillows underneath our beds when we were younger, to take a space as large and unknowable as an entire house and make it into our own, as intimate as our own bodies. As we age, we are confronted by the large and unknowable home of the universe and left to forge something intimate and knowable. The spring issue of Manor House Quarterly seeks to engage space at various magnifications, as it is known, observed and interpreted by our contributing artists. -Dane Cardiel

WHAT IF? TWO THINGS. (A POEM ABOUT STRING THEORY) CAITLYN BURFORD

What if space was – I think it is – infinite? Mathematicians, wired and wrapped in masking tape up to their necks with balloons Over their heads, sent off in paper ships like cowboys who dance with electronica French robots electronic numbers run circles around graphs to plot the stars on pages millions of pages millions of lights millions of worlds. At least one must be like ours but most aren’t, one doesn’t have forks and one has zebra colored eyeballs and one doesn’t have eyes at all, one has neon sounds that run through watery wires and there are no people. So space is space is space is infinite.

What if time was – I’m not certain it is – infinite? We live and we die and our bodies are turned into worms which is maybe how it should be born out of a proverbial womb of the Mother God, circular and balanced, river of the Dao, multi-dimensional and complex reality and if God didn’t create it then who did? without beginning, the eternal windchimes are caught in a rut and move while the air plays with their hair winding its fingers through steal and glass rods that clink clank together for a million years. What would our world look like? In a million years. we wouldn’t have forks and there would be zebra-colored eyeballs. What if? Two things were - I could convince myself - both true. infinite time and infinite space makes infinite worlds possible. So anything goes? Anything I speak, I conjure up in my thoughts, any whirly brain goo magic that comes out looking like madness is true somewhere. time. place. world. past. will be. My peacock medusa and the lightening mescal that burns through fawns are just as real as you or me. Look what I can create with my words.

This luminous shell of gas cast off from a star similar to our sun is near the end of its life cycle. The nebula is several thousand light years distant in the constellation Perseus. NGC 650/651, the Little Dumbbell Planetary Nebula in Perseus, was discovered in 1780, and added to the Messier catalog shortly thereafter as M76. Also sometimes referred to as the Barbell Nebula, Butterfly Nebula or Cork Nebula. The exact distance to M76 is in dispute, ranging from 1,500 light years to as many as 15,000. Weather conditions over the past several weeks have made it difficult to obtain data on M76. Perhaps next year Ha-SII-O[III] data can be collected. The image was taken at Spot Observatory west of Nashville, TN over 5 nights in January and February 2010. The data for the image were acquired using a 16â&amp;#x20AC;? diameter RitcheyChrĂŠtien design reflecting telescope manufactured by RC Optical Systems, Inc. and a SBIG STL6303E cooled astronomical ccd camera. The telescope was carried on a Paramount ME german equatorial mount during the almost 8 hours of exposure time required. The image is made up of approximately 56 individual 5-10 minute long exposures through clear, red, green and blue filters.

THE RETELLING OF ‘THE BALLAD OF THE WALLED-UP WIFE’ POEM: NICELLE DAVIS VISUALS: KRISTINA MICOTTI

AS A STORY GOES: STRUCTURALLY

It begins with three and divisions of eldest, middle, youngest. Kings. six treasure loads carried by nine horses—magic in orders and pairs. An eldest king needs a male and female derivative of the word Stojati to be immured within walls for the body of a building to stand. The idea of emptiness unfathomable—all rooms filled by an unexpressible entity—sacrifice. But, when two can’t be found, one merged to a king will do, a wife, or so says a voice from mountains. The vila calls: bury her and at once the citadel can grow.

THEOREM 51: THE DIAGONALS OF A RECTANGLE ARE EQUAL

Euclid, meaning Good Glory. Good from the root gothaz meaning belonging together, and Glory approximating an expression of brightness (to clarify, brightness, as in not the light of a candle, but its shine) fathers geometry in 300 B.C. Axiom: a needed assumptionâ&amp;#x20AC;&amp;#x201D;a truth taken for granted, to serve as starting point for deduction, for inferring other (theory dependent) truths. A brick, diagonals of a rectangle congruent, will stack to make a structurally sound building. Bodies mimicking the whole structure. The blue print of faith implemented in stories.

JOAO IS A PAINTER FROM LISBON, PORTUGAL. HE IS KNOWN FOR HIS DISSECTION OF CLASSICAL PORTRAITS, ESPECIALLY THOSE OF HISTORICAL PORTUGUESE WOMEN, IN ORDER TO BRING MODERNITY AND OPEN-ENDEDNESS TO PORTRAITURE. HE IS THE FIRST AND ONLY PAINTER TO BE SPONSORED BY SWAROVSKI CRYSTAL, WHICH HE USES ON MANY OF HIS PAINTINGS.

Well, art in my life is something that has accompanied me for years. In childhood I was very interested in it, especially painting. But then I went to study and graduated myself in graphic design. After that I worked for many years in design, creating brands at an advertising agency. Then I formed my own company, but one day I decided to let everything go. I sold my business and began pursuing art. That’s such a huge risk to take!

(laughs) Yes, it’s a great risk. When you have a very comfortable life and you have everything you need and everything you want and then one day you decide, well why not? I was not happy with what I was doing. I had a lot of big clients, but I decided that I had had enough and to get on with it and do something that I would really, really like to do. Did people think you were crazy?

Yes. Well, my boyfriend told me that if that is what I wanted to do, 12

that he would be here supporting me. Most of my friends told me I was crazy, my family supported me. I was lucky, though, and everything was good. In most of your work you feature the deconstruction of a classical portrait and then fill them with empty space.

How did you arrive at this style?

I didn’t start with this. I started with more academic work when I was trying to show people that I really knew how to paint. I started with still-life paintings. They were very modern and they were kind of weird still-life paintings. This kind of work that I’m doing now started at an exhibition in Stockholm, and they had this portrait of a lady with a fan. It caught my eye when I was there. I brought the poster home and I started to paint over it. That’s when everything happened. When I changed it the color of the eyes, the cloth, the hair, it changed. It’s a very interesting thing to do because you have this wonderful image from a great artist, very wellpainted, but why not give it something more contemporary? Why not change the subject that’s in the portrait? MANOR HOUSE QUARTERLY

So instead of creating something entirely original, why not take an already beautiful painting and make it your own? That’s the main thing about my work. It’s to change something that you know as a painting and then turn it into something different. Another story, another context, and generally more contemporary. What criteria do you have for choosing what paintings you’ll paint over or manipulate?

Well it depends on the project. A picture must give me something. I don’t know that it is, I just know that I look at a picture and I’m like “I know I can do something about it.” It’s very strange but it’s true. When I look at a painting, a classic one in a private collection or a museum, I think, “I could do something different here.” That’s when I choose the work.

A set of hierarchical nests, each a deeper purple than the next, values, attributes, elements. We scroll on a screen, no scrolls left. We script in pixels, ink too real. Computers can only count, he said, even if it seems they’re thinking. Encoding seems a strange task in a demystified discipline, but I like it. Polymath comes to mind. What I mean is, what I mean is. Numbers speak in different tones, but refer, nonetheless. One is 1. And is is =. And more is +, or &gt;. These diagrammatical verbs only seem reductive. Later, in communication with others, especially because of variables, math means more. Music, after all.

CONSTANTINE BY GAELAN GILBERT The stacked bones of this place, the living stones of Peter, content to rest for sixteen hundred years, content to sleep while inner organs, trimmed in tin, gold, myhrr, clink and rustle and purr. Helen was here twice, but not the one you’re thinking of; the other one, whose son, like the other’s lover, had a city named after him. Constantinople and Paris. Her church, Ekatontapyliani, exhales from almost a hundred doors, a pregnant grateful breath for what she found (the end of death). Angels tend the grounds now. The gardeners fly above the walls, and the pine grove drips seed-spears into the slurping pod of the sea’s ear, the nets tangled in blue plastic piles, and all the whiles an elastic sun slaps marble, glows in unseen forests, bed of Theoktisti, where she wept, naked. When olive boughs sweat black beads of knotted wool and sacred oil, unraveling the edge of the world… and so there is an edge and beyond it nothing of what we thought, but more. A monastic wind uproots us.

RACHEL BELLINSKY San Diego, California Procession, We were talking about the space between us

NICELLE DAVIS Lancaster, California The Retelling of ‘The Ballad of the Walled-up Wife’ 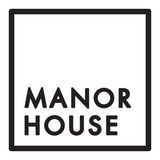