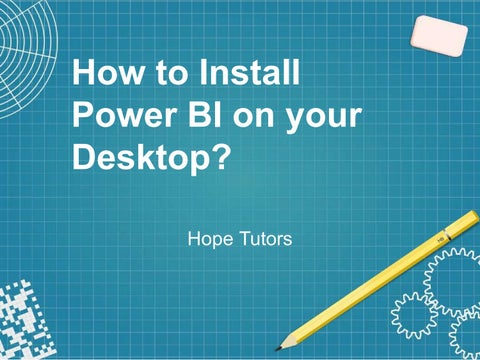 How to Install Power BI on your Desktop? Hope Tutors

You can choose anyway to download. Once you download the Power BI Desktop then you are prompted to run the installation file. Power BI Desktop will install as an app. Then you can run on your desktop.

Install as an app from the Microsoft Store:

When you launch Power BI Desktop, a Welcome screen will display. If this is your first-time using Power BI Desktop? You will be prompted to fill out a form and answer a few questions. Also, you may ask to sign into the Power BI service. This is before you will be able to proceed. From there, you can begin creating data models or reports. Then share them with others on the Power BI service.

The following list provides the minimum requirements. Especially to run the Power BI Desktop. They are, Windows 7 / Windows Server 2008 R2, or later .NET 4.5 Internet Explorer 10 or later Memory (RAM): At least 1 GB available, 1.5 GB or more recommended., Display: At least 1440×900 or 1600×900 (16:9) recommended. Lower resolutions such as 1024×768 or 1280×800 will not recommend. This is as certain controls display beyond those resolutions. Windows Display settings: If your display settings are set to change the size of text, apps, and other items to more than 100%. Then you may not be able to see certain dialog. That must close or responded to in order to proceed using Power BI Desktop. If you encounter this issue? check your Display settings. This will be going to Settings -> System -> Display in Windows. Then use the slider to return display settings to 100%. CPU: 1 gigahertz (GHz) or faster x86- or x64-bit processor recommended.

Disabling notifications: • We recommend updating to the most recent version of Power BI Desktop. This is to take advantage of the following. They are, • Advances in features. • Performance. • Stability. • Other improvements. • Some industries may not want users to update to each new version. You can disable notifications. This is possible by modifying the registry with the following steps. They are, • Using the Registry Editor. Navigate to HKEY_LOCAL_MACHINE\SOFTWARE\Microsoft\Microsoft Power BI Desktop. • Create a new entry there with the following settings: REG_DWORD : DisableUpdateNotification. • Set the value of that new entry to 1. • You’ll need to restart your computer for the change to take effect.

Power BI Desktop loads with a partial screen: • In certain circumstances, including certain screen resolution configurations. Some users may see Power BI Desktop render content with large black areas. This is generally a result of recent operating system updates. This will affect how items will render. This is rather than a direct result of how Power BI Desktop presents content. Regardless, large black areas are not as compelling as great visuals. So, to address this issue, take the following steps. They are, • Press the Start key. Then type the world blurry into the search bar that appears. • In the dialog that appears, select the option: Let Windows fix apps that are blurry. • Restart Power BI Desktop. • This issue may resolve after subsequent Windows updates are released. 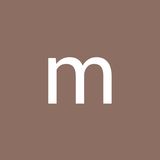