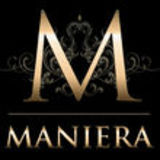 Maniera LLC is a cutting-edge digital publishing company born of a virtual world. In 2011, Maniera LLC became an official company and announced the launch of its publication MANIERA Magazine in 2012. Using its digital origins and 30,000+ strong digital following to reach out past its virtual world origins, its internationally-based staff scour the globe for stories that captures imaginations in all worlds, both physical and virtual.