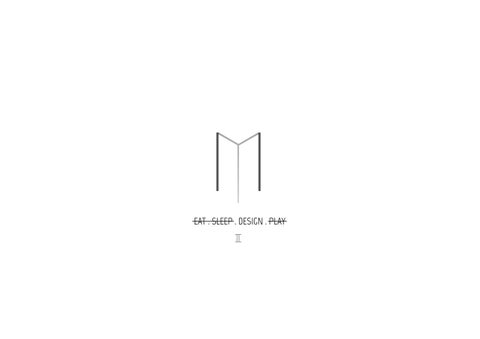 EAT . SLEEP . DESIGN . PLAY A representation of my thought process when I am working on my ideas about interior spaces

Brands I Worked With

Behind The Bakery First opened in 2012, Baker & Cook is Singaporeâ&#x20AC;&#x2122;s only true artisan bakery & foodstore. Our bakery products are hand-crafted and made with time honoured processes with honest ingredients. Baker & Cook is the creation & pride of celebrated Global Baker, Dean Brettschneider.

Ideology Baker & Cook Dempsey adopts a refreshing change, revolving around two mainstays : “Ambience” and “Food”. These two aspects coincide with one another, culminating into a palatable customer experience. The highlight of this site is to allow customers to experience being one with the ambient environment through the inclusion of plants and glass facade. The use of light-toned woods produce a calming vibe, emphasising on a rejuvenating sensation. Keeping in touch with the old theme, fixtures used were redesigned to now suit the new adaptations of this branch.

Ideology Baker & Cook Serangoon Gardens is the first project that I worked with Dean Brettschneider. Applying the â&#x20AC;&#x153;cookie clutterâ&#x20AC;? system, the existing theme and fixtures were reinterpreted to fit the layout of the branch.

Ideology Baker & Cook MetroJaya was Dean's first attempt to venture into Kualar Lumpur (KL), Malaysia. With KL being one of the more prominent cities in the Malaysian market. This site will emcompass three of his brands, “Brettschneider's Baking & Cooking School”, “Baker & Cook” and “Plank”. It was an intended startup of the Brettshneider Hub for the Malaysian food and beverage market. This however did not come into fruition.

Ideology This work is a joint venture between “Udders” and “Baker & Cook”. This was designed with the intention of allowing the client to utilise the cart for pop-up events.

Proudly Singaporean From a tiny shop in 2007, David and Peck Lin started Udders Ice Cream on a whim and a dream. The mission was to create Asian flavours for Asians, and Alcoholic flavours for…. well, Alcoholics! And to do it all with a big dose of sassy humour. Who else would name their brand after … ahem… cow tits??

Ideology Udders Bijou ventured into the Strata Mall concept, as it embraces the design structure of Udders Thomson. This outlet is both multi-floored and congested, presenting a tough challenge in the design process. This layout benefits Udders Bijou as it will provide a unique experience. However, this project did not come into fruition.

Ideology This is a kickstart for David Yim in entering the Asian market, starting from Kualar Lumpur (KL), Malaysia. With KL being one of the more prominent cities in the Malaysian market. This franchise takes on a kiosk concept in preparation for its future franchisee.

Ideology This project is stemmed from David's attempt to hop on to the container design concept. Striving to bring Udders nationwide by making themselves known through pop-up stalls.

We're All About Chicken – Chicken With An Attitude At 4FINGERS, we’re nuts about chicken. So when we discovered the best Asian crispy chicken in New York City’s grungy subway scene, we knew we had to share it. And so began the revolution of crispy chicken. We're still fighting the good fight to get rid of bad food. Because you haven't had crispy chicken...

Ideology This project derives from redesigning 4Fingers branches into a Dystopian setting in line with their theme. The primary use of cast concrete slabs, spray on stenciled graphics and mild steel weilded joints were used to define what the future food resistance strongholds will resemble.

Ideology In line to strive a resemblance for all their stongholds, 4Fingers Plaza Singapura utilises a similar design concept for this â&#x20AC;&#x153;bunkerâ&#x20AC;?-like branch.

Ideology Mr bean jewel' basis of the minor revamp was to emphasise on a more customer-friendly display system due to the ease of product availability to the customers. An inclusion of a 3D mascot allowed for a more engaging experience, while still ensuring that the display fits into the entire theme of the store.

Ideology Both brandings have rather contrasting themes with Mr Bean adopting a more rooted approach towards both customer service and their designs. DouQi on the other hand possesses more emphasis on the vibrancy of their colour schemes, opting for eye catching pop colours. This is also to represent the fun vibe of the brand itself. thus, Mr Bean Paya Llebar Quarters emphasises on the incorporation of both brands' distinct features, fusing them together into a single outlet. This is also the first real attempt for rebranding both Mr Bean and DouQi repsectively.

At GYG, we’re all about the food. We pour passion into every ingredient S ENT we choose, where it comes from and how it’s prepared. Which DIM Nmeans O C you get real Mexican flavour in every bite. Tell your tastebuds their siesta is over!

Ideology Conforming to GYG's peers in Australia, GYG Ocean Financial Centre (OFC) merges a cafe (Cafe Hola) to its existing fast food line, one of the first branch to explore this concept here in singapore. The use of plants and certain key fixtures produces a relaxing mood while retaining the universal GYG brand look. Thus, striking a balance with fast-paced on the go food, and a mellow ambience from a cafe

Ideology An attempt to revamp the interesting GYG outlet at StarVista to produce a contrasting effect from it's facade. It was previously too dull and blended in with the facade of the buildings design. Hence, the main focus of this project is to draw the attention of potential customers passing by the main road. The shaddow produced when light casts on the corrugated steel plates with yellow painted finish on it's facade allows the GYG brand color to stand out.

The Kuhl Tale From farm to fork. Weâ&#x20AC;&#x2122;ve worked really hard to rear a barramundi like no other in Singapore and we hope you can enjoy this healthy and delicious fish with your family, friends and loved ones.

Ideology Kuhlbara's relocated head office at it's shareholder's building adopts an open concept, where glass panels are used instead of concrete walls. This represents the company's belief in transparency for the customers. The colors used in this project is based on the brand's color. A high discussion table is located in the middle of the office providing easy access for employees to hold improvised meetings. To better accomodate employees who are always on-the-go, this table acts as a flexible work space.

Ideology This project merges two existing faculties in Nanyang Polytechnic (NYP), School of Interactive Digital Media (SIDM) and School of Design (SDN) to form School of Design & Creative Media [SDCM] The main entrance of SCDM will be located in the old SIDM block after the revamp, aiming to create an exhibition space for both outstanding students and alumnus works in the industry. The main feature is the display of works via projection to ensure the flexibility of the space. Colors used in this project are also in line with the color scheme of the school. Grey concrete materials were preferred in this setting as exhibits projected will have contrasting effect, therefore standing out.

Behind Swish Swish Swimming was founded on the philosophy that learning to swim is an essential life-saving skill and not something that is only required for those who want to swim competitively. Learning to swim is about communicating with water â&#x20AC;&#x201C; not being fearful of it, but instead using it as the building block for a whole load more of fun times in your life.

Ideology Palm beach Being the only accomodate Breeze blocks

concept and pastel tones were incorporated in this project. branch that schedules classes to cater for adults, this project strives to the young and the old in a common space. were used to recreate the texture of the water in the pool.

Ideology First project working as an intern in RWS. conTHERMINATED was a scare zone where it was designed to be a quarantine zone, where people living in it were forced to fight for survival.

Ideology Egypt Zone was initially a collabration between NYP and RWS. This was an adapted idea from a previously proposed work. Beast Bar was a scare zone designed to have a evil beast god ruling within the vicinity.

Ideology Was tasked in creating a stage that engages its audience. Drawing inspiration from the popular game - Dance Dace Revolution, a more vibrant design was chosen.

Ideology Was tasked to design a Suite for RWS in the 2015 F1 Paddock. The use of red, black and white contours stems from the coloured streaks the racecars produce when they race down the track. The colours also signify the RWS's unqiue colour scheme.

Fusion 3D's Logo was design in 2017 to fit a start up company that does 3D printing in singapore. The idea was derive from the use of the current documents icon on the computers to having it in a 3D print instead of the usual 2D print.

Tiger Shark's logo was designed in 2018 for my squadron logo when i was serving as a police coast guard officer. The idea was derived from the use of patrol boats found during my course of service out at sea: Tiger Sharks, which is our squadron's ensign.

Ideology What if Hollywood movies were set in a Singapore context? What if the scenes in epic battles were shot in Singapore? Both visualization was done with that thought in mind. Large scale epic battles from movies such as “Pacific Rim” and “King Kong” were extracted. These scenes were reimagined in Singapore context, drawing on ideal locations in our Lion City for this superimposed visuals. 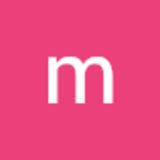