Australia Has Too Many Small Design Firms - M4D In The Media 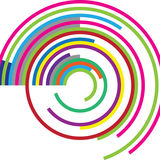 Back in the 1990s, then-Victorian Premier Jeff Kennett encouraged young people in that state to follow a dream of starting their own business.

In design, many have done that. Indeed, 2016 data from the ABS shows that there are around 10,800 businesses which operate in the architecture, engineering, planning or related consultant and design sector.

That, Management for Design (M4D) managing director Robert Peake said, is a problem. In a recent edition of his firm’s Business Journal, Peake wrote that the design sector in Australia has been slow to embrace a growing international trend toward mergers and acquisitions. In the past six years alone, that journal noted, around 600 architecture and engineering firms had merged in the US.

As a result, Peake wrote, the number of architects, engineers and designers in Australia “far exceeds the commercial demand for services” and there are “too many businesses competing for a diminishing service in an increasingly competitive marketplace.”

This story is from:
M4D Summer 2018 Release
by Management for Design