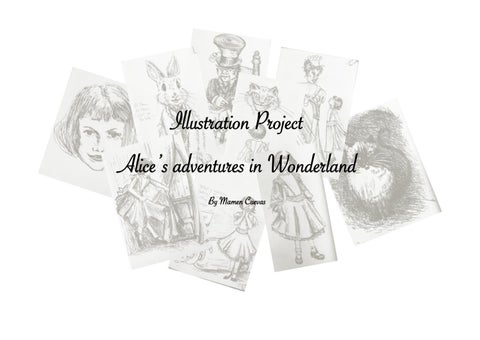 Lewis Carroll. UK 1832-1898 Mathematic, photographer, writer… His real name was Charles Lutwidge Dodgson, better known as Lewis Carroll, pseudonym under which he published “Alice’s Adventures in Wonderland” in 1865. He used this pseudonym practically during his entire career. However, he only used his real name in his publications about mathematics. Son of Reverend Charles Dodgson, 3rd child and first on, he was educated by his father until he was twelve, when he was enrolled in a boarding school to be part of its rugby team. There, he was truly miserable because of his shyness and several illnesses.

After that, he was registered at Christ Church, and became teacher of mathematics, but it’s said that his mathematics lessons where quite boring. He was ordained Deacon in the Church of England, but surprisingly he didn´t enter the priesthood, like it’s usual at this school. He was much more than only a mathematician or clergyman. He was also a photographer, writer of books and many letters, poet and inventor. He was one of the best amateur photographers of his time. He enjoyed sketching or photographing little girls in the nude, because he thought their naked bodies were extremely beautiful / showed superb beauty. It should be noted that all Victorian artists were into studies of children nudes, which was a trendy subject at that time. He was known by many of his friends ‘children, especially little girls who adored his stories and games. The most famous of all those little girls was Alice Liddell.

Alice Liddell. UK 1852-1934 She was his main inspiration for the story “Alice’s adventures in Wonderland”, and “Through the looking glass”. Dodgson told her many stories, and Wonderland story was one of the tales he invented to amuse her and her sisters. Her father was Dean from the Christ Church College in Oxford. The family met Dodgson because he took photographs of Alice and her sisters. They became friends, and frequently Dodgson took the children to little trips and played with them.

After a while, their parents began to dislike such a friendship between their children and Dodgson, and asked him to stay away from them. They finally lost contact. It was told that Dogdson asked Alice for marriage when she was 13, but it’s not confirmed. It’s well known too that Mrs. Liddell didn’t like Dodgson at all, maybe because he frequently disagreed with her husband in theological subjects. He certainly liked little girls very much, and loved to entertain them and be in their presence. When his young friends grew up they told only positive stories about their warm friendship.

Sir John Tenniel and the illustrations John Tenniel (1820 – 1914), an English illustrator and political cartoonist for the magazine ‘Punch’, made the illustrations for both Alice in Wonderland books. For many aspects of the illustrations, he got precise instructions from author Charles Dodgson. It is said that not only Dodgson had driven Tenniel almost crazy by providing him with so many details and instructions, but also the influence Tenniel had on Dodgson is illustrated by the fact that Dodgson recalled the first edition of his book, only because Tenniel expressed dissatisfaction about the quality of the printing of the pictures. His method for creating the illustrations of the Alice books was preliminary pencil drawings, further drawings in ‘ink and Chinese white’ to simulate the wood engraver’s line, and finally transference to the wood-block by the use of tracing paper.

Carroll appears to have ordered many (expensive!) changes to them. The final stage in the reproduction process was to make electrotype plates from the wood-engravings, using them as masters. The electrotype plates were used for the actual printing. Because of the difficult process of creating wood-blocks involved, sometimes concessions had to be made as to the overall design of the illustration. For example, a character might be moved into a different position. And, once wood had been removed, it could not be put back without a great deal of difficulty. A small number of Alice wood-blocks, which have had alterations or repairs made to them, are in some cases detectable from the proofs which have been taken directly from the blocks. In 1981, the original wood-blocks were discovered in a bank vault where they had been deposited by the publisher. They are now at the British Library.

Alice’s Nursery 25 years after the first edition of “Alice’s adventures in Wonderland”, in 1890, Tenniel agreed to supervise the coloring of 20 illustrations for The Nursery Alice. The book was color-printed by Edward Evans and the cover was drawn by Carroll’s friend and life-drawing teacher, E. Gertrude Thomson. Carroll-Dodgson disliked it and said that “…vulgarize the whole

thing. None must be sold in England: to do so would be to sacrifice whatever reputation I now have for giving the public the best I can.” Tenniel made some mistakes in his illustrations. For example the Queen of Hearts’ dress is in fact not modeled after the outfit of a 19th century Queen of Hearts playing card, but the dress of a Queen of Spades card.

Illustrations for ‘Alice’s Adventures Underground’ In the original manuscript of the book, Carroll drew his own illustrations. His drawings of Alice were not modeled after Alice Liddell either. He gave this manuscript to Alice, who kept it for decades until 1928. That year she sold it because she needed the money to pay death duties. Sotheby’s suggested a reserve of only £4,000, but in the auction it reached £15,400, an enormous amount of money for those days. It is suggested that he was inspired by paintings by his friend Dante Gabriel Rossetti (modeled by Annie Miller) and his friend Arthur Hughes. Carroll owned Hughes’ oil painting ‘Girl with Lilacs’.

Alice Liddell recalled: “The beginning of Alice was told to me one summer afternoon, when the sun was so hot we landed in the meadows down the river, deserting the boat to take refuge in the only bit of shade to be found, which was under a newly made hayrick. Here from all three of us, my sisters and myself, came the old petition, ‘Tell us a story’ and Mr. Dodgson began it. Sometimes to tease us, Mr. Dodgson would stop and say suddenly, ‘That’s all till next time.’ ‘Oh,’ we would cry, ‘it’s not bedtime already!’ and he would go on. Another time the story would begin in the boat and Mr. Dodgson would pretend to fall asleep in the middle, to our great dismay.”

Alice's Adventures in Wonderland has been translated into at least 97 languages. There have now been over a hundred editions of the book, as well as countless adaptations in other media, especially theatre and film.

More inspiration William Blake, 1757-1827. UK Poet, painter and printmaker, he was considered mad by contemporaries for his idiosyncratic views. Blake is appreciated for his expressiveness and creativity, and for the philosophical and mystical undercurrents within his work.

Poet, illustrator, painter and translator. He founded the pre Raphaellite brotherhood. His art was characterized by its sensuality and its mediaeval revivalism.

William Morris, 1834-1896 UK Designer, poet, novelist, translator and social activist. He was associated with the British Arts and Crafts movement, and was a major contributor to the revival of Traditional British Textile Arts and methods of production.

Austrian symbolist painter and the most famous member of the Vienna Secession. In addition to his figurative works, which include allegories and portraits, he painted landscapes.

Itâ&#x20AC;&#x2122;s no use going back to yesterday, Because I was a different person then.

Oh, how I wish I could shut up like a telescope! I think I could if I only knew how to begin

And tied round the neck of the bottle was a paper label with the words â&#x20AC;&#x153;drink meâ&#x20AC;? beautifully printed on large letters

Have I gone Mad? I’m afraid so, you are entirely bonkers. But I’ll tell you a secret… All the best people are.

The catâ&#x20AC;&#x2122;s head begin fading away the moment he was gone, and, by the time he had come back with the Duchess, it had entirely disappeared.

All the time they were playing the Queen never left off quarrelling with the other players, and shouting “off with his head!!” or “off with her head!!” 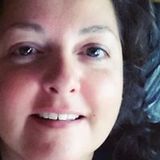 Illustration project of Alice in Wonderland

Illustration project of "Alice's adventures in wonderland", with research, history, examples and curiosities, and a brand new collection of...

Illustration project of Alice in Wonderland

Illustration project of "Alice's adventures in wonderland", with research, history, examples and curiosities, and a brand new collection of...