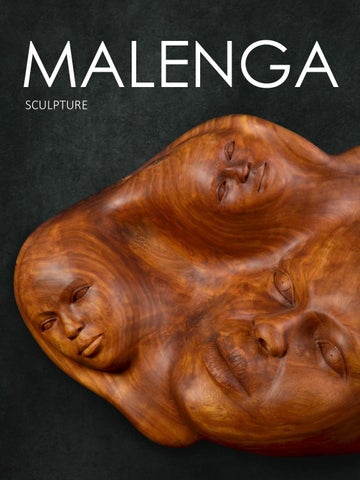 Malenga was born in a small village in northern Mozambique, in the heart of the Makonde region, probably a couple of years after the countryâ&amp;#x20AC;&amp;#x2122;s independance. About 16 years later, in the city of Pemba, Malenga follows a deeply rooted family tradition by becoming a sculptor. Two years later he moves to Maputo where he starts working at the Makonde Art Cooperative, to later become a member of Mozambiqueâ&amp;#x20AC;&amp;#x2122;s National Art Museum artists collective. In 2007 Malenga is awarded a scholarship that leads him to attend an internship at Ar.Co (Center for Art and Visual Communication), in Lisbon and in 2008 the Faculty of Fine Arts of Oporto, both in Portugal. He exhibits collectively since 1992 and individually since 2005, in Portugal and abroad, and his work is represented in public and private collections around the world. He is also a painter and musician.

My work faithfully translates the essence of the Makonde art of carving – both formally, with the use of ancestral techniques, as conceptually, due to the ever-presence of my tribal legacy. The human face is to me today, as it has always been to the Makondes, an endless source of inspiration. Its expressive multiplicity is the most faithful reflection of the constant conflict between the internal and the external, the intimate and the social, the pure and the constructed. Hence it becomes clear the inevitable association between the human face and the mask, a connection that the Makondes masterfully explored, as the ancient Greeks before them. The mask as an extension of the face – imagined, constructed, forged – with its unescapable emptiness, the concave space of the concealed truth.

Therefore I say that the root of my figurative work is the Person, in its broader sense: literally through the face, and etymologically, through the meaning that the Greek word “persona” beholds.

Likewise, my non-figurative work also appeals directly to the collective imagery of the Makondes, who have in the genre they have called “Shetani” their favorite space for abstraction. Deriving from the English word “Satan”, Shetani is the name given to the evil spirits that allegedly roam through the cemeteries of oriental Africa – which in Makonde sculpture are traditionally represented by impressive vaguely anthropomorphic creations.

But the accounts of Shetani sightings (there are several!), suggest a more demure reality, describing a fantastic figure completely covered by fabric. My Shetanis are based on this source of information. For the sake of verisimilitude, my work never uncovers the other-worldly shapes I believe are hidden underneath the contours of the drapery I sculpt, and that I often cover in metallic or acrylic paint in order to ultimate the “false sensation” of unreal reality that the Shetanis must always provoke. Malenga

“Malenga’s work maintains the artistic honesty of his figurative imagery, with the magical depth of the ancestral memory of his people – but gains new contours

confrontation with new technologies and

“It’s that strength, of the tree that

became human and that is part of our

Malenga’s work. There is a loving process, a clear understanding of his craft, that allows him to respect the

Portfolio of the artist Malenga 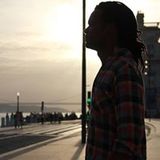