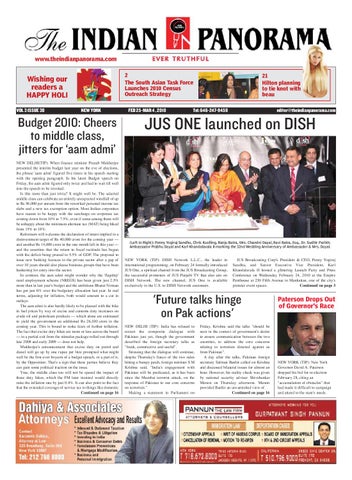 Budget 2010: Cheers to middle class, jitters for ‘aam admi’ NEW DELHI(TIP): When finance minister Pranab Mukherjee presented the interim budget last year on the eve of elections, the phrase 'aam admi' figured five times in his speech starting with the opening paragraph. In his latest Budget speech on Friday, the aam admi figured only twice and had to wait till well into the speech to be invoked. Is this more than just trivia? It might well be. The salaried middle class can celebrate an entirely unexpected windfall of up to Rs 56,000 per annum from the reworked personal income tax slabs and a new tax exemption option. Most Indian corporates have reason to be happy with the surcharge on corporate tax coming down from 10% to 7.5%, even if some among them will be unhappy about the minimum alternate tax (MAT) being hiked from 15% to 18%. Reformers will welcome the declaration of intent implied in a disinvestment target of Rs 40,000 crore for the coming year — and another Rs 14,000 crore in the one month left in this year — and the assertion that the return to fiscal rectitude has begun with the deficit being pruned to 5.5% of GDP. The proposal to issue new banking licences to the private sector after a gap of over 10 years should also please business groups that have been hankering for entry into the sector. In contrast, the aam admi might wonder why the 'flagship' rural employment scheme (NREGS) has been given just 2.5% more than in last year's budget and the ambitious Bharat Nirman has got just 6% over the budgetary allocation last year. In real terms, adjusting for inflation, both would amount to a cut in outlays. The aam admi is also hardly likely to be pleased with the hike in fuel prices by way of excise and customs duty increases on crude oil and petroleum products — which alone are estimated to yield the government an additional Rs 26,100 crore in the coming year. This is bound to stoke fears of further inflation. The fact that excise duty hikes are more or less across the board — in a partial exit from the stimulus package rolled out through late 2008 and early 2009 — does not help. Mukherjee's announcement that excise duty on petrol and diesel will go up by one rupee per litre prompted what might well be the first-ever boycott of a budget speech, or a part of it, by the Opposition. That's a sign that these parties believe they can gain some political traction on the issue. True, the middle class too will not be spared the impact of these duty hikes, which the FM later insisted would directly raise the inflation rate by just 0.4%. It can also point to the fact that the extended coverage of service tax to things like domestic Continued on page 16

JUS ONE launched on DISH

NEW YORK (TIP): DISH Network L.L.C., the leader in international programming, on February 24 formally introduced JUS One, a spiritual channel from the JUS Broadcasting Group, the successful promoters of JUS Punjabi TV that also airs on DISH Network. The new channel, JUS One is available exclusively in the U.S. to DISH Network customers.

'Future talks hinge on Pak actions' NEW DELHI (TIP): India has refused to restart the composite dialogue with Pakistan just yet, though the government described the foreign secretary talks as "frank, constructive and useful". Stressing that the dialogue will continue, despite Thursday's fiasco of the two sides hitting a bumpy patch, foreign minister S M Krishna said, "India's engagement with Pakistan will be predicated, as it has been since the Mumbai terrorist attack, on the response of Pakistan to our core concerns on terrorism." Making a statement in Parliament on

Friday, Krishna said the talks "should be seen in the context of government's desire to ensure communication between the two countries, to address the core concerns relating to terrorism directed against us from Pakistan". A day after the talks, Pakistan foreign secretary Salman Bashir called on Krishna and discussed bilateral issues for almost an hour. However, his reality check was given by national security adviser Shivshankar Menon on Thursday afternoon. Menon provided Bashir an unvarnished view of Continued on page 16

Paterson Drops Out of Governor’s Race

NEW YORK (TIP): New York Governor David A. Paterson dropped his bid for re-election February 28, citing an "accumulation of obstacles" that had made it difficult to campaign and attend to the state's needs. 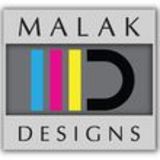