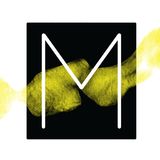 We live in a revved up, technologically dependent, industrialized world. And, stated simply, it’s exhausting. But just how exhausting is it, actually? Could contemporary life be, in fact, exhausting to a degree unprecedented in the history of our species? Not so fast. While Chronic Fatigue Syndrome (CFS) has only recently been introduced as a diagnosis, in Exhaustion: A History, Anna Katharina Schaffner traces the course of exhaustion through the history of literature, demonstrating the pervasiveness of the phenomenon not just today, but in every bygone era. While modern technologies and the increasing speed of productivity they promote certainly do cause their own form of burnout—our cultural obsession with life “hacks” reflects this trend—Schaffner reveals how each historical moment experiences its own exhausting forces and pressures, which reverberate through the rhetoric and literature of these bygone eras, right up to the present day.

Schaffner, currently a reader in comparative literature and medical humanities at the University of Kent, focuses her research—including her previous Modernism and Perversion: Sexual Deviance in Sexology and Literature, 1850–1930 (2012)—on the portrayal of historical phenomena in literature (i.e. how fictional representations embody real trends and cultural preoccupations). Like other recent works such as Elizabeth Haiken’s Venus Envy: A History of Cosmetic Surgery (1999)—which documents the move from corrective surgery to purely cosmetic procedures—and Clark Lawlor’s From Melancholia to Prozac: A History of Depression (2012)—a similar study of historical changes in the perception and treatment of depression—Schaffner’s volume seeks to historicize cultural phenomena often assumed (mistakenly) to be of recent origin.

Exhaustion traces a very long history. Schaffner’s analysis stretches back to ancient Greece, referencing medical phenomena such as the bodily “humors” theory of Hippocrates (460 BCE—370 BCE), as well as literary representations of exhaustion, such as those found in the Greek epic poem Argonautica. In the fourth century CE, during the period of the decline of the classical world, sloth was a prominent theme in the theological treatises of the incipient Christianity, and was classified as one of the Seven Deadly Sins. Later, in 1489, Italian humanist Marsilio Ficino would tie lethargy to the planet Saturn and proposed cures to exhaustion that drew on the energies of celestial bodies. By the 1930s, melancholia had been incorporated into a medical diagnosis: depression. Schaffner’s Exhaustion progresses historically through thematic chapters that bear titles such as “Sin,” “Nerves,” and “Sexuality,” captions that serve as thematic umbrellas under which the historical transformations of exhaustion—reflected both in literature and dominant language practices—unfold. From Geoffry Chuacer’s The Canterbury Tales to Lars Von Trier’s film Melancholia, Schaffner explores how exhaustion afflicts literary characters in myriad physical and spiritual forms, as well as the “moral” evaluations—from moral blame to medical legitimacy—that are invariably assigned to it. Throughout her volume, Schaffner carefully traces how these dynamic perceptions of exhaustion emerge thematically in various genres of literature and film.

In addition to documenting how the symptoms of fatigue have manifested and been perceived in various forms historically, Schaffner also analyzes the light they shed on the historical production and consumption of literature, and on the demographics, psychographics, and behaviors of populations of ages past. In her analysis of Herman Melville’s Bartleby, the Scrivener: A Story of Wall-Street (1853), for example, she examines Bartleby’s gradual refusal to work as the copyist he was hired to be, claiming simply that he would “prefer not to.” Bartleby grows increasingly lifeless over the course of the story, first copying obsessively, then ultimately starving himself to death in the “Tombs,” the local jail. Falling under the chapter “The Death Drive,” Schaffner contextualizes this example with Freud’s three major theories of exhaustion, offering Bartleby as the “perfect example of someone giving into the death drive.” Read in a more political/economic light, we witness Melville—via his protagonist—commenting on the effects of the Industrial Revolution on production and working conditions, as well as on the will of the individual worker. Following the historical progression of the condition represented by the chapters’ thematic headers (“Sin,” “Nerves,” “Sexuality,” etc.), Schaffner’s method also incorporates the etymological analysis of a far broader set of terms that have historically been associated with “exhaustion”: e.g. sloth, melancholic humors, neurasthenia, depression, “asthenic” nervous diseases, etc. The term acedia, for example, emerged in Egypt in the fourth-century CE. The term’s definition, linked generally to exhaustion, originally focused primarily