Gallitzin Borough mayor Alan Wahl brought up two ordinances for the borough council to consider updating at the council’s monthly meeting July 13. The first ordinance discussed was the borough’s nuisance ordinance, which was created in 1973 but amended a few times over the years. Wahl provided a sample ordinance to the council that he would like to adopt. While borough solicitor Dave Consiglio said he hasn’t had issues with the current ordinance in court, former police chief Gerald Hagen said he’s had instances at the district magistrate where the judge said the borough’s ordinance was “weak.” The second ordinance discussed is the borough’s fireworks ordi-

nance from 1937, which does not reflect current firework laws in the state. “For this one here, we’re supposed to put somebody in jail if after 48 hours they don’t come up with 25 bucks [for the fine],” Wahl said of the borough’s fireworks ordinance. Wahl also provided a sample fireworks ordinance which is compatible with Pennsylvania’s current regulations on fireworks. The council members said they would like to add times when fireworks are permitted to be set off in the borough. The council said the times should be identical to those listed in the borough’s noise ordinance. The council members agreed to have Consigilo review and revise both of the sample ordinances to be discussed at the next council meeting. The ordinances would

have to be advertised for review before they can be voted on and enforced. In other matters, Wahl asked the council for permission to possibly purchase three abandoned, blighted buildings on Craig, Grant and Forest streets which are up for private sale. Wahl said the plan is to purchase these properties and enter them into the county’s Act 152 program to pay for their demolition. Wahl said the minimum bid for each property is $200 plus $20 in county fees, however, each property would need to have a title search done to see if there are any liens on the properties. The deadline to have the paperwork in for the properties is Sept. 1. The council voted to allow Wahl to perform the title searches and submit the paperwork to bid on the three properties if feasible.

Eli Bender shows off the first place award he received for the chalk artwork he drew during the sidwalk chalk drawing contest at the Cresson Lions Pool July 30. Photo by Kristin Baudoux.

The Loretto Borough Council members discussed updates on some of projects going on over the past couple of months at their July 11 meeting. The first update involved the St. Catherine Street multimodal project to repair and repave the road. This project is almost complete, and according to council member Zach Farabaugh, it should be finished ahead of schedule. Council president Ward Prostejovsky asked if anyone had taken a closer look at the work. He said he noticed a few faults. Farabaugh said he noted some issues when he took a closer look at the project area. “There are some spots that look odd and have inconsistencies,” Farabaugh said. Farabaugh said that only small fixes need to

be made. He is going to make a list of the minor faults to be fixed before the project is complete. In other news, council member Bill Duryea brought up the problem of drivers speeding on Manor Drive. He said that a lot of people are flying down this street, but he’s not exactly sure how fast they are going. He said that this problem is not limited to any specific demographic of drivers, but that it is especially prominent in the morning. Duryea said he wants to set up speed traps or warning signs, and asked if the council has any other ideas that may slow down drivers. Prostejovsky said there is definitely a problem, but he is not sure what the council can do to get people to slow down. The council decided to look into some options over the month and try to have a more feasible solution for a future meeting.

Features such as mile markers, fix stations and water foundations are all in the realm of possibility for Cambria County Conservation and Recreation Authority (CCCRA). The authority members passed a motion to enter into a contract with Smart Outdoors during their regular monthly meeting held at Duman Lake County Park, Friday, July 15. The Ghost Town Trail, Path of the Flood Trail and Jim Mayer Riverwalk Trail will all be part of

an initiative that could eventually offer scannable QR codes that provide trail users with demographics and information on nearby restaurants, gas stations and overnight accommodations. Chairman Tom Kakabar said the trails committee, executive committee and advertising committees are all in favor and recommended that the motion to be considered. “This is somewhat of a unique operating activity for us and Smart Outdoors seems to have a pretty good on the advertising,” Kakabar said, adding that the opportunity will also provide trail safety measures along all three trails. CCCRA program coordinator Caytlin Lusk said that Smart Outdoors will work with advertising companies to secure sponsorships for the trail.

“First they will seek a list of recommendations that I may provide them so local businesses that might want to have their logo on a mile marker, perhaps the trailhead, different things like that,” Lusk explained. “They will do mile markers, trailhead kiosks. They will do ‘You Are Here’ maps with directions to other parts of the trail,” Lusk said. She said that she and executive director Cliff Kitner plan to coordinate and to prioritize a list of items they would like Smart Outdoors to do before signing their official contract. The contract with Smart Outdoors comes at zero expense for CCCRA and is 100 percent funded by advertising fees collected from local businesses. “Once the cost of all of the SEE CONTRACT, PAGE 2

Peyton Lynch chooses the right colors for her drawing for the sidewalk chalk contest at the Cresson Lions Pool July 30. Photo by Kristin Baudoux.

Kenny Smith diligently works on his chalk artwork during the sidewalk chalk contest at the Cresson Lions Pool July 30. Photo by Kristin Baudoux. 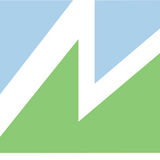