A Music Man FOR ALL GENERATIONS BY CATHY GENTHNER

Aaron Robinson, who was born

in Camden in 1970, was never far from the smell of the salt air and the sights of tall green pines, growing up in Waldoboro.

is creativity was cradled by the cadence of the Maine coast as well as teachers at Medomak Valley High School, who encouraged him to set sail, using his gift for music as his main mast. Today, Robinson is an accomplished American musical performer, composer, conductor, lecturer and writer. Amazingly, he never took piano lessons. “My dreams came late in life, since music did not find me until my mid-teens,” said Robinson. “Once, however, that desire was implanted, there was a vision of sorts that I 54

could see deep inside me, and it was almost an understanding that someday I would play, compose and direct music.” The vision became a reality. Robinson performs and conducts music spanning across the Ragtime, Big Band and Early Jazz eras, encompassing truly American music. His compositions and works are endless and he has appeared on and off Broadway. He is an Emmy Award-nominated American composer, conductor and author. He has conducted several premiere works for the concert stage including Scott Joplin’s, “Treemonisha” (1997), Leonard Bernstein’s “Candide – The Concert Version” and also “Sondheim and Co. – A Gala Celebration,” honoring the music of Stephen Sondheim. In 2001, he arranged and conducted the musical called, “Islands,” which appeared on Broadway. His work in 2004 as conductor and musical arranger for Langston Hughes’“Black Nativity – A Gospel Celebration” resulted in a best-selling Christmas Gospel Album. He composed an “American Requiem,” and was the 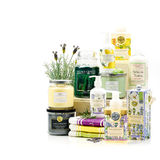