None of her biographers have speculated about how twelve-year-old Chanel found life at the convent. She never talked about her years as a ward of the nuns or about the long years of Catholic discipline—the hard work, the frugal life. At the time, Catholic doctrine and theology stressed sin, penitence, and redemption. We also know that at the turn of the twentieth century, Catholic institutions such as Aubazine indoctrinated Catholic youth to loathe Jews. Chanel was no exception. She was often given to anti-Semitic outbursts. Well-known French author and editor in chief of the French fashion magazine Marie Claire, Marcel Haedrich, tells of a conversation he had with Chanel over his book And Moses Created God. Chanel asked Haedrich, “Why Moses? You can’t believe that ancient stories are still of interest? Or you hope Jews will like your story? They won’t buy your book!” When the conversation turned to how new fashion boutiques were springing up like mushrooms in Paris, Chanel declared, “I only fear Jews and Chinese; and the Jews more than the Chinese.” Haedrich observed, “Chanel’s anti-Semitism was not only verbal; but passionate, demoded, and often embarrassing. Like all the children of her age she had studied the catechism: hadn’t the Jews crucified Jesus?” Christian religious beliefs for centuries held that Jews were the Christ killers. From the Middle Ages, Europeans preached that “Jews are bad luck” and excluded them from professions and corporations. Jews were banned in England in Shakespeare’s time and considered socially inferior and fit only for collecting taxes—not work that would endear them to peasant families such as the Chanels. Later, the Nazis and even many less fanatical Europeans fervently believed in a Judeo-Bolshevik conspiracy, blaming the Jews for inventing Communism. At eighteen, Chanel moved to a Catholic pension for girls at Moulins. It was at a time when the French were still debating the Dreyfus affair, a scandal that divided France for nearly a decade. The saga evolved from the 1894 arrest, trial, and conviction for high treason based on false evidence of Captain Alfred Dreyfus, a young French artillery officer of Alsatian-Jewish descent. The condemned Dreyfus was banished to a penal colony at Devil’s Island in French Guiana; later he was retried and finally in 1906 exonerated. Restored to the French Army with the rank of major, Dreyfus served honorably in World War I, retiring as a lieutenant colonel in 1919. The Dreyfus affair laid bare the anti-Semitic passions of the day and the decisive influence of the Catholic Church and their allies the monarchists and nationalists. During Chanel’s teens at the convent and later in the Catholic community at Moulins, “anti-Semitism was in full froth.” The widely read Catholic Assumptionist daily La Croix (The Cross) “raged against Jews.” A 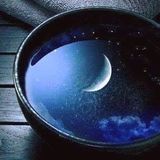