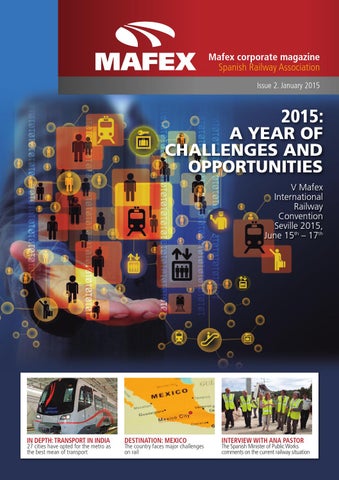 IN DEPTH: TRANSPORT IN INDIA 27 cities have opted for the metro as the best mean of transport

Mafex is the railway association of the largest and most important railway companies in Spain. The association has created the Mafex magazine with the aim of informing about the development and capabilities of the Spanish railway industry, as well as our activities and other relevant information of the sector worldwide.