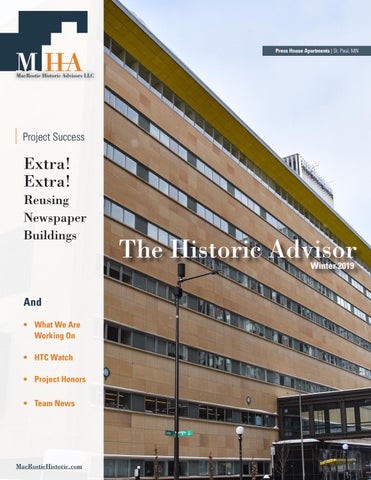 | What We Are Working On

Donwell’s Diner was manufactured in 1941 as No. 774 by the Worcester Lunch Car Company. New owner Jonathan Savage will restore the unique and playful elements associated with the style including its porcelain enamel panels, Formica, and stainless-steel finishes. MHA is working on the federal HTC applications for the owner. Once restored, the diner will continue to serve as a restaurant for local offices under its new name Miss Lorraine's Diner.

The Continental Building, Los Angeles’ first skyscraper, was constructed in 1904 in the heart of the Spring Street Financial District. The building served as commercial office space until the year 2000 when it was converted to apartments. Now under new ownership, the property will be rehabilitated into a hotel with ground floor retail by Rebel Hospitality. MHA is preparing the federal historic tax credit applications.

Originally constructed in 1850, the Union Savings & Loan Association Building underwent an extensive renovation in 1958 that transformed it into a Midcentury Modern landmark. Owner 353 Carondelet LLC is utilizing federal and state historic tax credits to rehabilitate the Modern structure as the new headquarters of a local financial institution with leased offices on the upper floors. MHA is completing the historic tax credit applications.

Charles Ervin originally constructed the Ervin Building in 1964 to house the offices of his rapidly growing development company. The office space included an open floor plan that allowed for interior walls to be easily moved for each new tenant. Today, developer Gvest will rehabilitate the building into office space. MHA is providing preservation consulting and completing both state and federal historic tax credit applications.

This 1939 YMCA building in downtown Terre Haute operated as a community center for almost 70 years. The Commonwealth Companies are planning to rehabilitate the vacant building for a new affordable housing reuse. MHA is providing consulting services to help the developer obtain federal historic tax credits.

Extra! Extra! Reusing Newspaper Buildings It’s hard to date the rise of newspaper buildings in America. Since the invention of the printing press in the 15th century, they have always just been around. The modern iterations are largely 20th century behemoths that were either purpose-built for large printing production or reused buildings that provided adequate square footage for bustling newsrooms and ads salespeople. Over the last decade, the decreasing need for buildings to support the traditional forms of media has led to the disposition of office and industrial buildings. Smart developers, however, have seen the benefits of such buildings: they are often centrally located in urban cores, have large interior volumes, and can be eligible for incentives like historic tax credits. They are significant artifacts of a community’s written history and free press, and they are ripe for redevelopment. Take, for instance, the Press House Apartments. Housing developer Real Estate Equities was able to adapt this 1955 Minnesota Mutual Life Insurance Building turned Pioneer Press office into 144 units of affordable housing in the heart of St. Paul, Minnesota. Its central location provides easy

access to public transportation and walkability for residents. Community amenities like a fitness room and spaces for indoor sporting activities are in the basement. And residents enter through lobbies still adorned with marble wainscoting and flooring that harkens to the building’s original incarnation as a state insurance headquarters. In Wisconsin, NorthPointe Development is creating affordable housing in the former Appleton Post-Crescent building. Built in 1932 and expanded through the early 1990s, the newspaper maintained offices in the building until the current rehabilitation. With the addition of new construction on the site, the rehabilitation will include the retention of the historic lobby and the 1972 printing press addition’s interior volume. Other parts of the building will be used to create residential units. Housing is not the only use for these former press buildings. The Defender Building in Chicago‘s Motor Row is now an events space (developed by Property Adventures and Revel Group) after the nation’s most widely read African American newspaper, The Defender, relocated in 2006. In addition to its important history in publishing and

African American history, the renamed Revel Motor Row retains some of the original 1939 Illinois Automobile Club features as well, including a large format topographic representation of the United States. Because of the larger massing of many of these structures, former newspaper buildings also make great office and retail use. Two other MHA projects in the Northeast—the Lynn Item Building (ARC Realty Management LLC) in Lynn, MA and the Providence Journal Building (Fountainview Owner LLC) in Providence, Rhode Island—have recently opened or are currently under construction and will serve as mixed use hubs for their communities. Whatever the use, the rehabilitation of newspaper buildings back into service for the constituents they once served is an enduring tribute to the history of the communities where they are located. Just like the written word conceived and published within their walls, they document the history in tangible and authentic ways. MHA

Visit macrostiehistoric.com/credit-worthynews to read an expanded version of this article.

Cantwell (D-WA) introduced the Historic Tax Credit Growth and Opportunity Act (HTC-GO) to the Senate in October. A similar bill was introduced to the House of Representatives in May. HTC-GO aims at expanding the use of the federal historic tax credit to smaller rehabilitation projects across the country. There are two main provisions: 1. The tax credit amount will increase from 20 percent to 30 percent for projects with a qualified rehabilitation expenditure (QRE) less than $3,750,000. This will cap the allowable HTC per project at $750,000. 2. Only 50 percent of the adjusted basis of a building will need to be spent on the rehabilitation in order to qualify for the federal HTC program. The House of Representatives bill included a provision to allow smaller projects to transfer the credit (a measure that has proven successful in many state HTC programs). There was more perceived push-back from the Senate regarding this provision, so it was removed before being introduced. The Lofts at NoDa Mills | Charlotte, NC

For more information about these award-winning projects, please visit macrostiehistoric.com/credit-worthy-news.