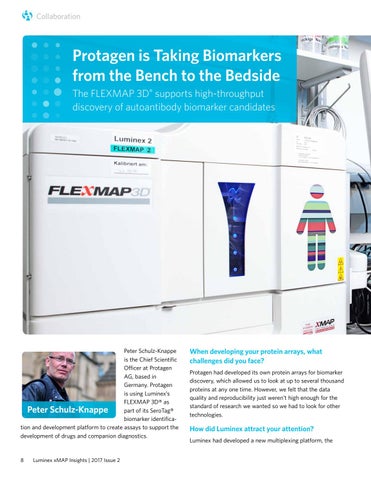 When developing your protein arrays, what challenges did you face? Protagen had developed its own protein arrays for biomarker discovery, which allowed us to look at up to several thousand proteins at any one time. However, we felt that the data quality and reproducibility just weren’t high enough for the standard of research we wanted so we had to look for other technologies.

How did Luminex attract your attention? Luminex had developed a new multiplexing platform, the