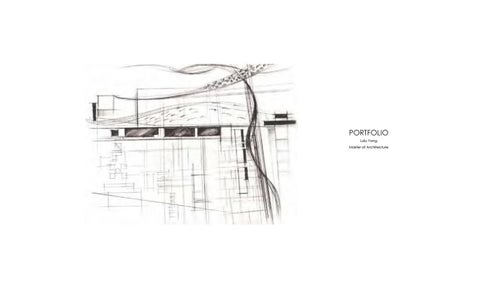 “My hand is the extension of the thinking process“ Tadao Ando

I am part of the cladding team working with the facade engineer to design and detail the cladding package for the Mission Tower.

Professional work at Foster and Partners.

“Architecture is the art of mediation and reconciliation.” - Juhani Pallasmaa

Architecture perception in modern societies is concentrating towards the surface appearance rather than the content meaningfulness. The inquiry and urgency of how to understand and create architecture in a deeper significant way are emphasized. Pallasmaa mentioned, “The timeless task of architecture is to create embodied existential metaphors that concretize and structure man’s being in the world” . Perception – “physical sensation interpreted in the light of experience” is presenting the connection between spaces and mind. Experiencing architecture through the characteristics of light and shadow, texture, color, volume of spaces, and crafted details imprint more vivid memories and evoke thinking. Meaning arrives when we encounter these moments – where our “everyday life” has been translated into atmosphere and presencing in front of us. Architecture stands in between man and the life world as a mediation allowing people to see through the surface, and shining the “everyday life”. By analyzing our built environment and engaging into it, we not only receive what is manifested in front of us, but we also enrich the meaning by interpreting with individual experience, memories, and thought. Specifically, we explore how architecture embraces “the everyday life” and transcends into building language for people to communicate. The challenge of the thesis is to discover and illustrate the interplay of foreground and background relationships from the site, historically, physically, environmentally, and socialculturally, analyzing its logic and association with sensation, therefore to translate and transform perceptual passages into design, and to enhance the experiential space character.

The design process started by analyzing phenomenology presence of well known existing architecture, art works, through light and shadow, material, scale, forms, details, to see how those forces influence the building itself and people’s perception. Meaning is carried through the composition of background and foreground. People’s understanding towards things in everyday life is ruled by ritual understanding. Yet because of the “already known”, the beauty of the things may not reveal itself. These moments are called the “absent moments”. Reorganize the logic or the composition of background and foreground of the everyday elements, in order to revise experiencer’s perception, to re-recognize the moments of absence.

sample of art work by size

“You’ve got to bumble forward into the unknown.” - Frank Gehry

DESIGN APPROACH Taking psychological approach on how architectural space affect human behavior. As a thesis research project, the studio has also required us to compose a firm as a business and present our project formally as if we are presenting to the client. The site, program, areas and etc. are completely defined by the students. For the first time, we got a chance to think about what is the most interesting architecture that we want to do. Eventually the conclusion is an Architecture School â&amp;#x20AC;&amp;#x201C; the space that we are most familiar with. The design started by document behaviors of how and why people stay and active in our architectural building, as comparison to students from other majors, in order to be more familiar of what quality and nature of space does architectural student needed. The complexity of the site is another issue. The site located in Dumbo, Brooklyn, New York, adjacent to a warehouse and facing fantastic skyline of Manhattan. To solve the problem of connecting the new and the old, also apply our research with spatiality are the keys in this design.

DESIGN BACKGROUND The site located in Cranbrook Campus, Detroit, USA. A campus that has a long history of art and gathered a lot of architect work. Therefore, the first and foremost thing for the design is to respect the existing condition of the campus, found out that there are several important site forces that need to be consider: First is the axis on the campus. Second is the courtyard arrangement of the existing condition. Third is the Johnâ&amp;#x20AC;&amp;#x2122;s Lake on the north, creating a soft edge to the site, whereas the dormitories on the south side created a hard edge to the site.

Building is always the conjection point of soft edge and hard edge.

The design started from analysis the existing courtyard, from its shape to its relationship to the building, and the conclusion is that there are three types of architecture on the site. The first one is the tower part, the courtyard dividing and reshape the space between buildings, created a special pathway for people to experience the campus. The second one is the residential axis, which its courtyard are on the back side of the building, form its own privacy to each individual houses. The third one is the new type on the north side of the campus, started from Natatorium, which created a brand new language in terms of building and landscape, its existing on the campus is looking for a proper response to the new architecture language.

DESIGN STRATEGY What is the place for people to play? Playground? Park? Or some other places? How can we utilize urban passive areas and turn it into active and playful? ... ... Parking lot! This highly used place is commonly lack of character, with the general conception of purely utilized space. However, there are many potential in the parking lot that we think could be activated through architecture transformation. After define the question, we started analyzing all the activities that people are willing to do yet lacking of time or opportunities doing it, such as exercise, walking at the park, biking, climbing, etc. The design integrate technology to condense the parking area and make it moveable, so that the rest of activates could plug into the space. In all, to create a new typology of parking lot, or we shall call it Playpark.

The outside space is not large enough, the basketball court and studentâ&amp;#x20AC;&amp;#x2122;s active spaces just nearby; Lack of student reading spaces; Poor condition of research department; No proper book check area that is convenient and fast; No proper teacher research room; The existing library is small, old, and unable to hold enough people; Only one entrance, which is insufficient for auto traffic in the front of the building.

DESIGN STRATEGY From the investigation in our college, we found that the basic ingredients in the design should be: Upgrade environmental conditions on both outside and inside Enlarge the library Open - shelf system More reading room and modern - looking design of the building itself Since the college extension makes the new library a highlight of the campus, it is located northwest of the existing library. From that position, it stands in the central space of the whole campus which has significant meaning: First is to attract and direct people from three different directions - outside of the campus, student dormitories and, academic buildings. Second is to showing the difference of highlighting the building from other buildings on campus in terms of visualization.

Through the whole investigation of cultural symbols, three basic materials were finally selected for this design, which are ARTIFICIAL STONE, WOOD, and GLASS.

This Memorial hall of Obaichuan in Guizhou Province started by experiencing the features of the local area. It is a beautiful village in Guizhou Province, but almost lost today because human neglect. Therefore, the nation wants to reemphasize the importance of this area. Guizhou is a place where has a strong bond of Chinese history and characteristics. The buildings are small and old, but full of interesting elements.

SITE ANALYSIS We went to the site and photographed the existing building. Typically each building was surrounded by trees or water, and had a court yard on the front. A lobby distributes people and also stands out as a central core of the building. The rest of the functioning rooms are on both sides connected by a exposed corridor.

DESIGN STRATEGY First is to research the area, analyze the environment and traffic situation. The environment always has a strong sense of connection to the building, so in this memorial building, environmental design is especially important. After all the research and investigation, it was concluded that symbols such as light, water, and stone are necessary in order to add more natural atmosphere. The memorial building is surrounded by historic buildings in the village. All together there are five visiting rooms in this design, but based on the special interior arrangement and the buildingâ&amp;#x20AC;&amp;#x2122;s function, visitors can fully feel the meaning of this building by going through the entire sequence of spaces.

SITE ANALYSIS The site is in the center of Changsha, capital of Hunan province, where is the intersection of two most busy roads. There are shopping malls and a business center as well as residential areas surrounding the site. Therefore, the theater naturally has a responsibility to become integrated in the environment yet still be a point of new attraction.

DESIGN STRATEGY If a symbol can compose music by its natural beauty of flow, then could architecture have rhythm just like music? What occurs when taking the essential elements from music and transforming those into a building, would the building flow just like music? On this special site, it is important to attract people by making the building special with shape, color, circulation, light and shadow. By using curved music symbols as a basis for design, the different components of the building flow. On the facade, clear glass would give people a direct eye attraction, and when they entered the lobby, two curved staircases gather and direct people to wherever they feel compelled to go. The emotion of the lobby will change day by day and time by time, because of the roof will shape diverse shadows under changing circumstances.

DESIGN STREATAGE The design started from the view. Since the site is right in front of one of Beijingâ&amp;#x20AC;&amp;#x2122;s largest park - Chaoyang Park, the visual axis of the office tower becomes crucial to the project. The architect applies the site with Neo-classical style buildings, which provide a luxury and mystery feeling through the classical materiality and elegant proportion.

ART WORK Watercolor, marker, pen sketches I did during school and at work.

BREATHING LENS If you open your eyes, you are opening your heart.

Life is the window of love.

If you open your eyes, you are opening your heart. Love every morning, Because it is the start of everyday, Every beautiful day, With love. 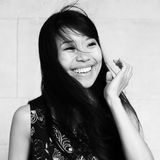