Three Museums, One Gallery and The Town of Sinj 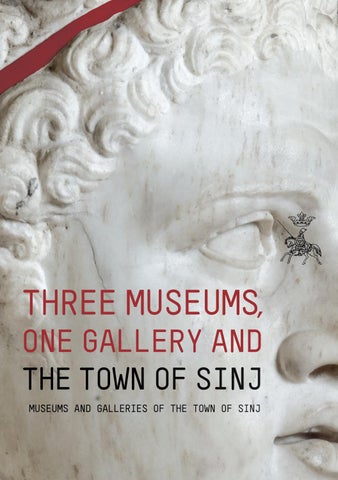 The town of Sinj lies in the heart of the Dalmatian hinterland, on the edge of the fertile Sinjsko Polje Valley, in the historic Cetinska Krajina Region, which is surrounded by the mountains of Dinara and Kamešnica in the north-east and Svilaja in the south-west. As the area has always been intersected by important communications leading from coastal towns to the inland, it is not uncommon that the earliest record of life dates back to prehistoric times. A wealth of archaeological remains appear in chronological order, from prehistory through antiquity and the Middle Ages to the modern age. Building of the town of Sinj at the foot of the fortress started in the late 17th century, when both a church and a monastery were built in the main square. Sinj continues to grow at a later time, when it becomes the social and cultural centre of the Cetinska Krajina Region, largely through the construction of important public buildings which form part of the town’s cultural and historical heritage. The tangible and intangible heritage preserved by the Sinj museums and galleries is also part of the town’s culture and history. The Sinj museums and galleries are thus regarded as custodians of the town’s rich and varied cultural and historical heritage.

ARCHAEOLOGICAL 1 COLLECTION OF THE FRANCISCAN MONASTERY

The Archaeological Collection of the Franciscan Monastery in Sinj ranks among the oldest and most valuable archaeological collections in Croatia. The Collection was founded in 1860 following archaeological excavations at the site of the ancient Roman town at Čitluk, called Colonia Claudia Aequum. At this archaeological site, some of the most valuable ancient monuments were discovered, which have made the Collection recognisable in Croatia and beyond. The head of Heracles statue, Diana Lucifera statue, head of a goddess crowned with a diadem, part of a statue of a Roman emperor…, are only a few of exhibits of exceptional artistic value.

Individual and group visits by appointment only.

Among precious artefacts are numerous ancient tombstones, fragments of sarcophagi, votive altars, fragments of honorific inscriptions, reliefs, portraits and bronze sculpture. A collection of ancient glass should also be mentioned as well as pottery, oil lamps and ancient tools and weapons. Extremely significant is the votive altar found at the foot of the Sinj fortress, with an inscription bearing witness to the origin of the town’s name. The Archaeological Collection also preserves a number of prehistoric finds from different sites in Dalmatia, such as polished stone and metal tools and weapons, pottery, pieces of jewellery. The permanent display of the Archaeological Collection of the Franciscan Monastery also features the natural history collection (mineral, zoological and palaeontological specimens, herbarium), the ethnographic and the collection of gold and silver sacred objects, which come mostly from Venetian workshops. Ethnographic material on display comprises folk costumes, and a collection of traditional arts and crafts (goldsmith’s, clockmaker’s and blacksmith’s tools).

called Palacina, dating from the early 18th century, which forms a historic and architectural complex with the adjacent Kamičak fort. During the 60-year period of its activities, the Museum has been continually enriched and today holds the 12 varied collections.

Permanent displays at the Museum of the Cetinska Krajina Region – Sinj are archaeological and art. Archaeological objects on display are arranged in chronological order, from prehistory through antiquity and the Middle Ages to the modern age. Of special significance are artefacts found in the bed of the River Cetina. At the gallery are exhibited works of art, namely paintings and sculptures, by such contemporary artists from the Cetinska Krajina Region as Stjepan Baković, Pavao Perić, Frano Šimunović, etc. Stone monuments from different periods are on display in the lapidarium in the open and on the ground floor of the Museum. Some of the most notable exhibits include ancient monuments, represented by parts of architectural decoration, funerary monuments (stelae, votive altars dedicated to Roman deities) and figural sculptures, the most prominent of which are the statues of the Roman goddesses Roma and Fortuna from Čitluk, ancient Aequum.

The Museum of the Cetinska Krajina Region â&amp;#x20AC;&amp;#x201C; Sinj aims to raise the awareness of the importance of our cultural heritage, largely through educational activities, which are carried out through thematic workshops held regularly at the Museum.

MUSEUM OF THE SINJSKA ALKA

Through its interactive displays, the Museum of the Sinjska Alka attains the highest museum standards, and thus compares very favourably with major museums in Croatia. The Museumâ&amp;#x20AC;&amp;#x2122;s permanent display features the traditional clothes worn by the Alka knights, their equipment and weapons as well as the digitised Alka statutes. The story that you will be told by its archives is a valuable part of the history of Sinj, the Cetinska Krajina Region and Croatia. The guiding principle is to acquaint all visitors with the cultural heritage recognised even by UNESCO.

The Sikirica Gallery is an art gallery which houses the collection of works by the academic sculptor Stipe Sikirica, with holdings of over 500 works, namely sculptures, prints, drawings and medals. Stipe Sikirica is the sculptor of Sinj, Cetinska Krajina Region and Alka, whose sculptures occupy prominent public spaces in the town (Alkar Monument on the Alka Course, At the Spring fountain, doors of the Church of Our Lady of Sinj).

ONE GALLERY AND THE TOWN OF SINJ

Three Museums, One Gallery and The Town of Sinj

Museums and Galleries of The Town of Sinj 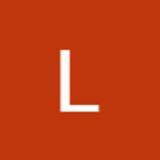