Summary The topic of migration has been receiving increasing attention from society and policy-makers in Latvia (Šūpule et al., 2015), especially following the new and massive wave of emigration caused by the economic crisis of 2009-2011. However, since migration research is a relatively new field of studies in Latvia (Koroļeva, Mieriņa 2015), reliable data necessary for the development, planning and evaluation of the diaspora and return migration policies were lacking. Thanks to the financial support of the European Social Fund, in January 2014 a new large-scale project “The emigrant communities of Latvia: national identity, transnational relations and diaspora policy” was launched at the Institute of Philosophy and Sociology, University of Latvia. Its aim was not only gathering reliable empirical data, but also ensuring a more in-depth insight into the migrants’ (and return migrants’) situation from the perspective of the target group themselves, in relation to actual policy initiatives. The study focuses on all Latvians and Latvian nationals abroad. In a period of 20 months a team of 11 migration researchers and five experts developed a new methodology and conducted the largest survey ever of Latvians abroad. This book is the result of this research project. The first part of the monography characterises the problem of emigration in Latvia and discusses methodological solutions to the study of emigrants. First, Mihails Hazans analyses the regional characteristics of emigration from urban and rural areas, showing that the reasons for emigration from different places of residence differ. Using three different data sources, the author shows that the emigration has been more intense from the large cities rather than from towns or rural areas, and that those who left from large cities (and from the Latgale region) are least likely to return. Overall, Pieriga and Zemgale region lost a smaller proportion of their population than other regions. In the next chapter, Inta Mierina describes the methodology of the large-scale survey conducted as part of the project “The emigrant communities of Latvia: national identity, transnational relations, and diaspora politics”, providing insight into the qualitative and quantitative research methodology applied by project researchers. Using a diverse set of respondent recruitment channels [diaspora organisations, diaspora media (latviesi.com, latviansonline.com, anglobalticnews.com, etc.), the largest social networking sites (draugiem.lv, Facebook, odnoklassniki, vkontakte), the largest online news portals in Latvia (Delfi, Inbox, TvNet and Apollo) Latvian embassies in Europe, Latvian interest groups, Latvian diaspora groups Online, websites of different organisations, Google AdWords, etc.] 14,068 interviews were collected in an online survey in 118 countries, in addition to almost 200 in-depth interviews, expert interviews, analysis of policy documents and the application of other qualitative methods. This is the largest survey of emigrants so far conducted in Latvia and Europe, and the first that aims to achieve representativeness from its results. It is also one of the few surveys conducted from the perspective of a sending country, thus highlighting the specific migration-related problems characteristic to East-Central European countries. In this chapter, the author describes the methodological challenges faced by researchers and the potential limitations of the data, while making suggestions for future research on migrants. Maris Goldmanis describes in detail the challenge of developing reliable statistical weights for the needs of the project and how they were overcome, allowing for the generalisation of the survey results to the general population of Latvian emigrants. The availability of data from different official statistical data sources is reviewed, and the procedures applied in the Emigrant survey, including simulations, are described in detail. The second part of the book is dedicated to the analysis of employment and education of Latvian migrants abroad. First, Aivars Tabuns analyses the services of private employment agencies and their use by Latvian emigrants, paying particular attention to whether the experience with them has been positive or negative. The document analysis shows that the implementation and control of whether the companies follow the standards set in the international regulatory documents is often deficient. Emigrants often face labour law violations and are often poorly informed about their rights as em- 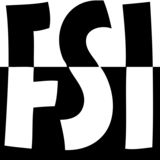