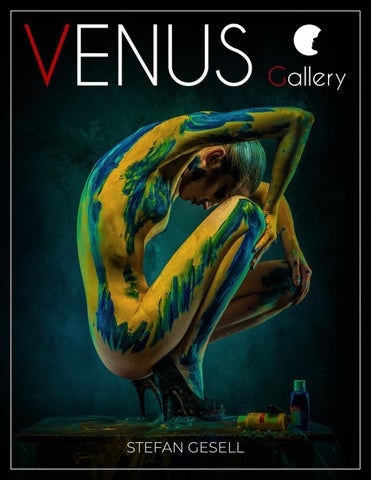 VENUS Gallery is a WorldcApp initiative. WorldcApp is the CoMarketing platform that allows media and b2c companies to join complementary forces and win competitive advantage. It is based on a unique (patent application filed on 11 December 2020, PCT/ IB2021/050916) climate of fair and meritocratic competition between creative contents. Now Creativity also has its World Cup! Cover: Stefan Gesell - www.fotosym.de Copyright: All contents in this issue belong to their respective owners. Reproduction of these contents, without the explicit consent of the legitimate owners, is prohibited. Address and Contacts: Bastioni di Porta Nuova, 21 20121 Milan (MI), Italy www.venus.gallery - info@venus.gallery WorldcApp.com - info@worldcapp.com VAT number: 10987970968 Legal: WorldcApp.com/legal Printed by Blurb.com Milan 2021

“Beauty will save the world” (Fëdor Dostoevskij) Beauty will save the world because for the most part it comes from creativity and so, from (creative) minds that are the product of a keen interest and involvement in the world of culture and all that it has to offer. Think about LEGO for a moment. With a mountain of bricks in front of us but strangely all in the same shape, size and colour, we’d have no problem at all in building something on an impressive scale, yet in terms of our capacity of expression we’d find our hands severely tied.

Put a vast range of pieces at our disposal, and we’d see ideas coming together with only one obstacle in their way to becoming a reality: our creativity. This quality is in fact nothing other than the extent to which our minds are capable of acquiring, linking and combining elements (bricks) that differ in nature and shape. Now imagine replacing Lego with culture, and, instead of bricks, having inspiring events to work with. Here too, we’d find that the quality of the ideas that we come up with is very closely tied in with our own creativity and, therefore, with the very many different aspects of our involvement in a range of experiences that we’re able to draw on.

Vision Culture isn’t a form of entertainment restricted to a limited few. It isn’t an area dominated by an élite, nor is it a hat that we put on in order to show the world just how smart we are. It isn’t a diploma or a certificate that gives others an idea of just how many museums we’ve visited, or how many books we’ve read. Above all, it is not a pedestal from which to look down on others with some sort of sense of superiority. Yet all too often we come across examples like these. When we talk about culture, we refer collectively to manifestations of the excellence of human intellect spanning art, science, design, photography, etc… - that are all ranked on an equal footing. There’s no longer any call for an ‘A’ class and ‘B’ class distinction. The choices that we make should be driven by our own interdisciplinary curiosity alone and not by outdated classifications and contrasts between what we often referred to as highbrow and lowbrow culture. The good news is that this democratisation process is underway and it’s clearly shown by some visionary views like these: A journalist and broadcaster from London - Pandora Sykes - wrote in an insightful article on the Pirelli calendar phenomenon that “to dismiss it as a collection of ‘pin-ups’ would be to misunderstand its role and its cultural weight … the Pirelli calendar may have begun as a homage to world-famous beautiful women, but it has long segued into a destination for impactful storytelling and progressive thinking”. An italian architect - Massimiliano Fuksas - once said in an interview that if his source of inspiration had been limited to architecture alone, he may well have simply spent his time creating poor copies and rehashed designs of buildings constructed in the past, albeit with new materials. When Leonard Bernstein heard someone applauding at the wrong point during a concert (thereby committing the worst of all offences in the world of classical music!) rather than displaying the snob’s approach that sees culture confined within its elitist boundaries, he instead cried out: “at long last, we’ve got someone new in the audience!”. Well, imagine what the world would be like if the innovative and openminded approach shown by Sykes and the cross-disciplinary and cultural curiosity like that demonstrated by Fuksas were encouraged on a regular basis by receiving the warm welcome offered like Bernstein’s! Culture would no longer be regarded as an end in itself, but as a never-ending source of life-enriching opportunities and experiences that our creativity could combine and re-combine in order to produce quality ideas and useful solutions. This is the vision behind VENUS Gallery: a platform (not just a magazine) contributing to unveiling that beauty is the tip of a huge (cultural) iceberg which has the potential to become an engine for the economy, society and innovation.

“There are two ways of disliking art. One is to dislike it and the other to like it rationally.” (Oscar Wilde)

He would seem a mad visionary, in reality he is a giant of photography and pictorial art. Pictorial understood as a painting, as chromatism. The “real” painters, those who paint with the brush and the palette, will not be offended... Today artists can paint with light and with photo editing software. Many still call them photographers, but perhaps we should call them in another way. Digital artists? Photographers 2.0? However, they are painters and Stefan Gesell is really a great painter. His works are rich in deep colors, well harmonized in a context in which the female image merges with all that the artist draws around it. Every work, image, photography is a story told with a stomach punch, but launched with beauty and art. The feelings you get when you admire Stefan’s works are similar to dreams. His characters are halfway between reality and fantasy, between the comic strip and the most accurate cosplay. He often photographs the degradation, but in his creations he makes it emerge as beauty and harmony. I would say that he is a link between past and future art. He proves to have all the modern knowledge necessary to inaugurate a new course, a rebirth of chromatism, an explosion of visual taste. Please continue, dear Stefan! We are waiting with joy your next creations!

“FARM TRUCK REVENGE” She is KC. I have been working with her for more than seven years.

The headgear you see in the picture has made by herself, with her hands.

To make this shot I placed a beauty dish right above her. I retouched the saturation in blue and changed the skin tone a little. Then I increased the tonal contrast.

“ASIAN DAWN” She is Rassamee.

The light comes from a strip, positioned on the front right side, that illuminates her from top to bottom.

The dress is a chiffon fabric, artistically wrapped all around her body.

To increase the depth of field, I replaced the background and slightly toned the colors towards the ocher.

#Creativity The creative process behind each picture is a team effort.

It starts with an idea that takes shape with styling and makeup. Finally there is the photo editing, in post-production.

The models are free to pose as they prefer.

VENUS Gallery is not only a magazine; SHINY Media, VENUS & CULTURE and State-Of-The-Art Technology turn it into a platform designed to reveal that Beauty has a huge potential: to become an engine of the economy, society and innovation. 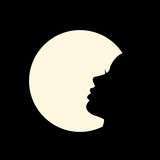