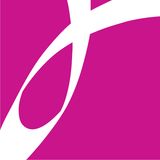 Louisville Ballet, led by Artistic Director Robert Curran, is the State Ballet of Kentucky, offers dance to an audience of more than 43,000 people each year and has earned a national reputation as one of the country’s leading ballet companies. Founded in 1952, the Company has over 70 world premiere ballets to its credit and a repertoire of over 150 works by choreographers such as Marius Petipa, George Balanchine, Paul Taylor, Twyla Tharp and Val Caniparoli.