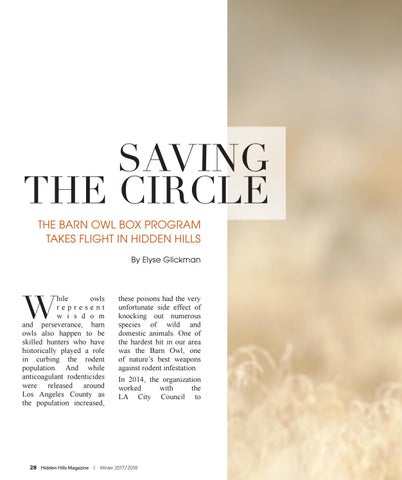 hile owls represent w i s d o m and perseverance, barn owls also happen to be skilled hunters who have historically played a role in curbing the rodent population. And while anticoagulant rodenticides were released around Los Angeles County as the population increased,

these poisons had the very unfortunate side effect of knocking out numerous species of wild and domestic animals. One of the hardest hit in our area was the Barn Owl, one of nature’s best weapons against rodent infestation. In 2014, the organization worked with the LA City Council to